Letter To Bank Manager for ATM Card: Today in the globalization world people find it convenient to have shortcuts in every aspect to earn income smoothly. In this whole process, ATMs have been seen as profitable and well-managed systems of economy. ATMs play an important role in the daily life of people. It provides everyone with the quick facility to withdraw, deposit, and know about the transaction without going to any bank.

ATMs provide the facility of a bank many times it is equivalent to a bank. When you first open an account in any bank you get an ATM card to access your account from the nearest ATM to you so that for withdrawal you need not come to the bank. Nowadays not only for the withdrawal but also for depositing money, we can use ATMs.

Reasons for Writing a Letter to Bank for ATM Card

Also sometimes the ATM card may have to be renewed and till now the bank has not provided the new ATM card. Therefore there are many reasons for writing a letter to a bank for an ATM card which is unavoidable as many transactions are taking place because of the ATM card itself.

Things to Remember while Writing a Letter to a Bank

If you have recently lost your ATM card or you have opened a new bank account and till now have not received any ATM card then in that case you may write a letter to the bank. But there are a few points that you need to remember while writing a letter to a bank. You need to provide complete details of your bank account or mention full detail in your letter. For example, you can mention your phone number for that in case any clarification is being provided by the manager can be cleared over the phone.

Sample for a Letter to Bank Manager for ATM 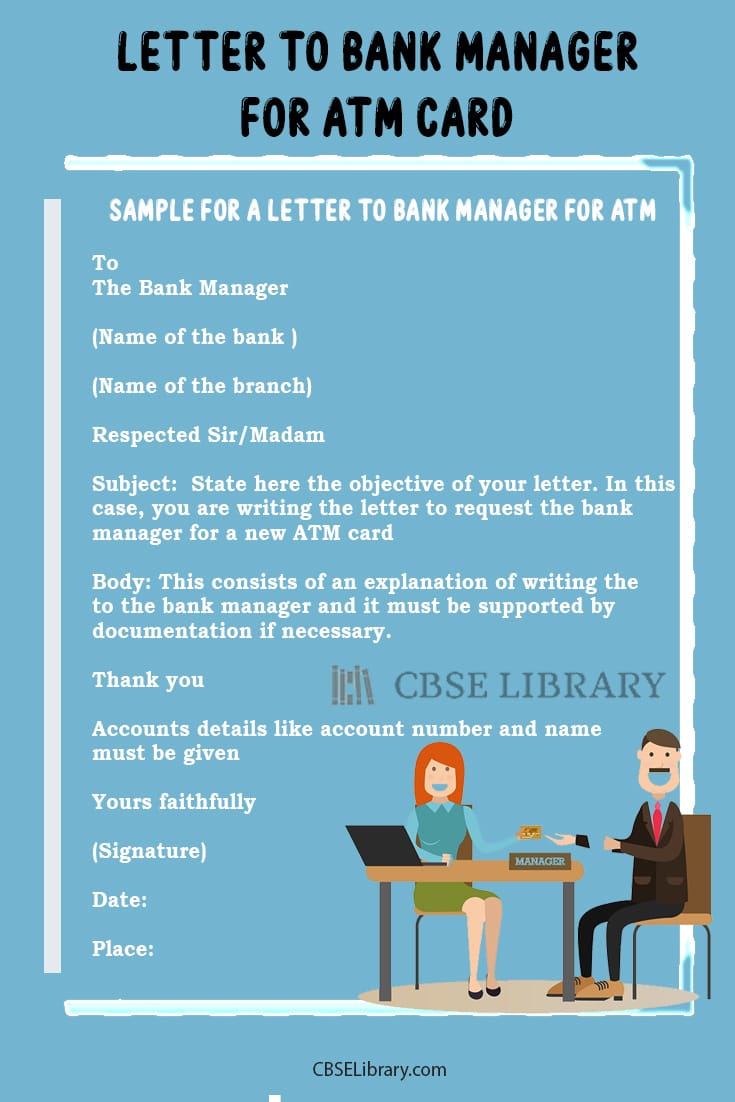 Sample of Writing a Letter to Bank Manager for ATM Card

In case you have lost your ATM so you can follow this format for writing a letter to the bank. 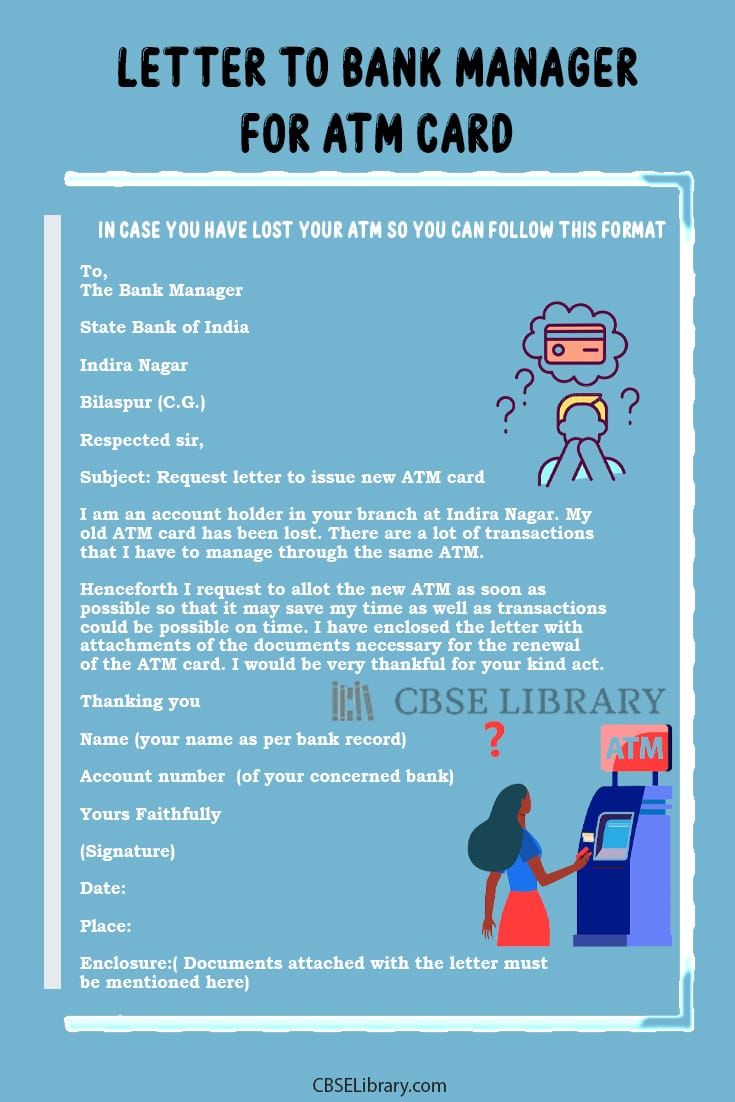 When in your ATM card you want to make some changes or up-gradation like changing the name in the ATM card then you can follow the below Format.

Normally a bank provides an ATM card if there is any change in the policy of the bank but sometimes when the bank is unable to contact you or you have lost the ATM card then in that case you can write these letters to the bank manager.

FAQs on a Letter to Bank Manager for ATM Card

Question 1.
What is an ATM?

Answer:
An ATM is an Automated teller machine that is used to withdraw and deposit cash as a normal bank does. It is available in many areas of the city. You must have an ATM card and pin code to withdraw cash. If you have attempted withdrawal more than 3 times but failed as you have put the input pin wrong then your ATM card will be blocked for 24 hours.

Question 2.
While writing a letter to the manager regarding an ATM card one should attach which of the documents along with the letter?