Law of Conservation of Momentum

Discussion:
Before collision, velocity of trolley Q, uQ = 0 because it is at rest.
Conclusion:
It is found that the total momentum after the collision is the same as that before the collision. The hypothesis is accepted.

Conclusion:
It is found that the total momentum before and after the explosion are the same and both are equal to zero. The hypothesis is accepted.

Applications of Conservation of Momentum

Law of Conservation of Momentum Example Problems with Solutions

Example 5. Figure shows two rocks moving towards each other along a straight line. After colliding with each other, the two rocks lump together.
Calculate the speed of the rocks after the collision. 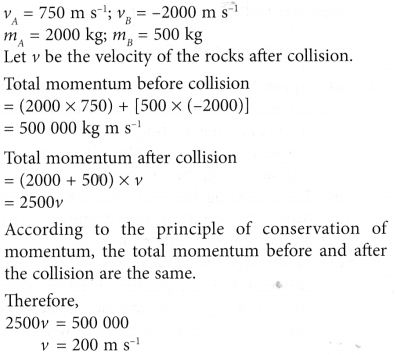 Example 6. An astronaut with mass of 80 kg throws a 40 kg tool box in order to be able to get back to the space capsule.
If the box is thrown at a velocity of 6 m s-1, what is the velocity of the astronaut after throwing the tool box? 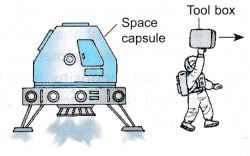 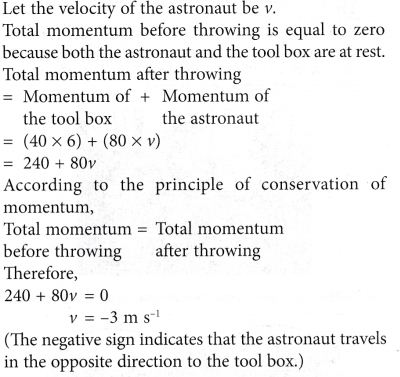 Example 7. Figure shows two identical boxcars of a train being coupled at a railway station. Each boxcar has a mass of 2.5 × 104 kg. The velocities of boxcar 1 and boxcar 2 before the coupling are 1.0 m s-1 and 0.8 m s-1 respectively.
Find the velocity, v, of the boxcars after they are coupled. State one assumption in your calculation. 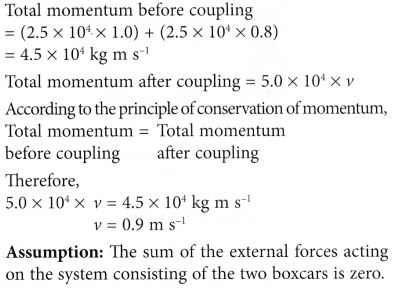