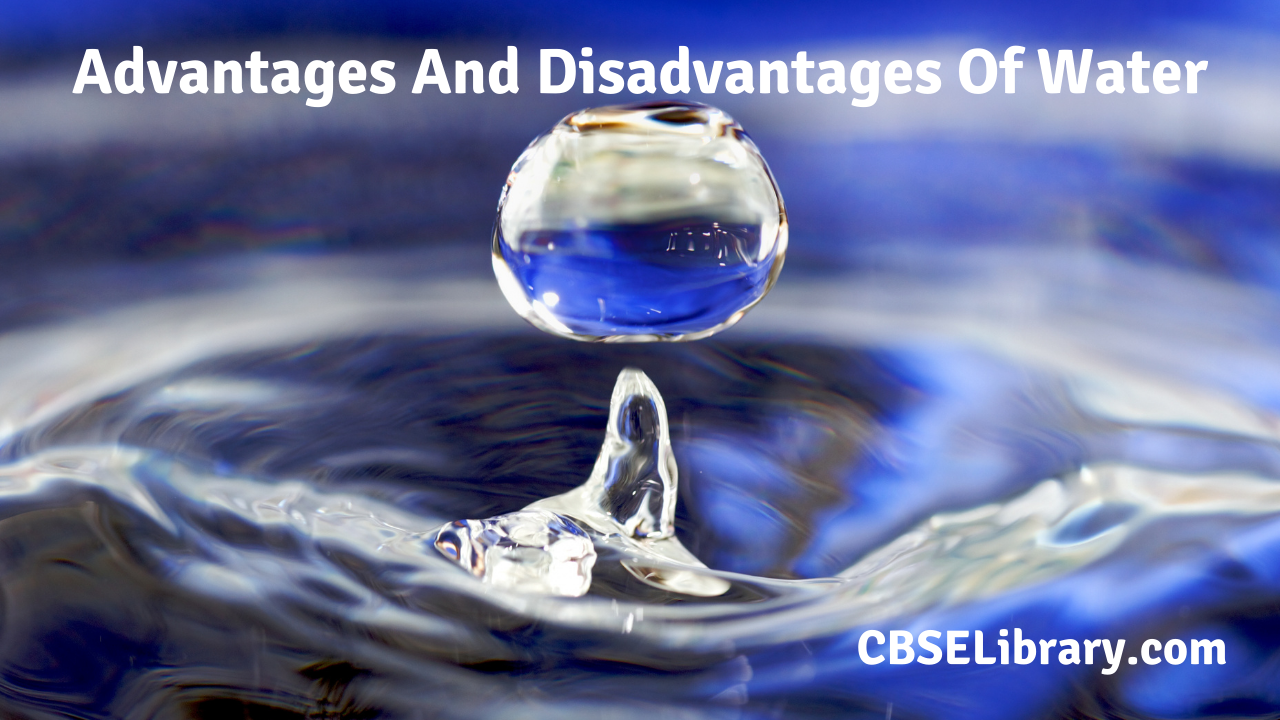 Advantages And Disadvantages Of Water: Water is a colorless odorless chemical substance that is made of 2 atoms of hydrogen and 1 atom of oxygen which is H2O. Water is indeed an indispensable substance on the earth that is irreplaceable. For once water can replace the food in hunger, but there is no substitute for water. Water is a natural habitat for a wide range of animals and plants. It is available in all three states of matter which is solid liquid gas. Water is a solvent for so many types of substances. Let’s read more about water, and its advantages and disadvantages below.

What is Water? Advantages and Disadvantages of Water

Water is the utmost important and invaluable resource we could ever have. Every single living organism on the earth needs some amount of water to survive. There is no life beyond water, be it animals, plants, microorganisms, or even human beings. To carry out daily life metabolic activities, like respiration and excretion which are common amongst all organisms, water is a must requirement. It helps plants to carry out the photosynthesis by which they prepare their own food. The entire living community is dependent on water, so in a nutshell, no life is possible on the earth without water.

Water can also be categorized into two types. The hard water and the soft water. Both of these types of water are easily available in our routine lives. The effects of the hardness and softness of water are seen in daily lives. Let’s take a look at the properties of both types of water. 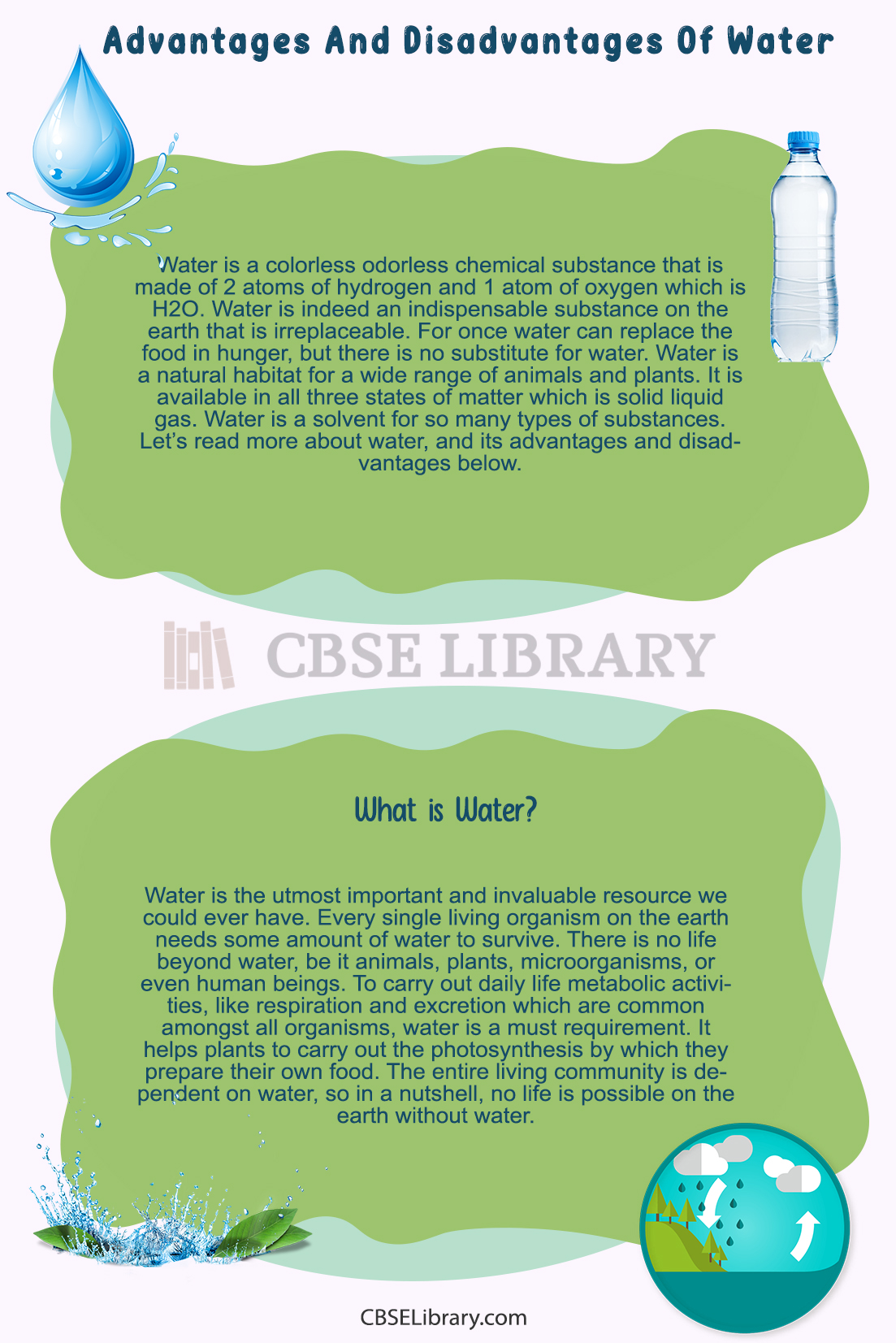 Comparison Table for Advantages and Disadvantages of Water 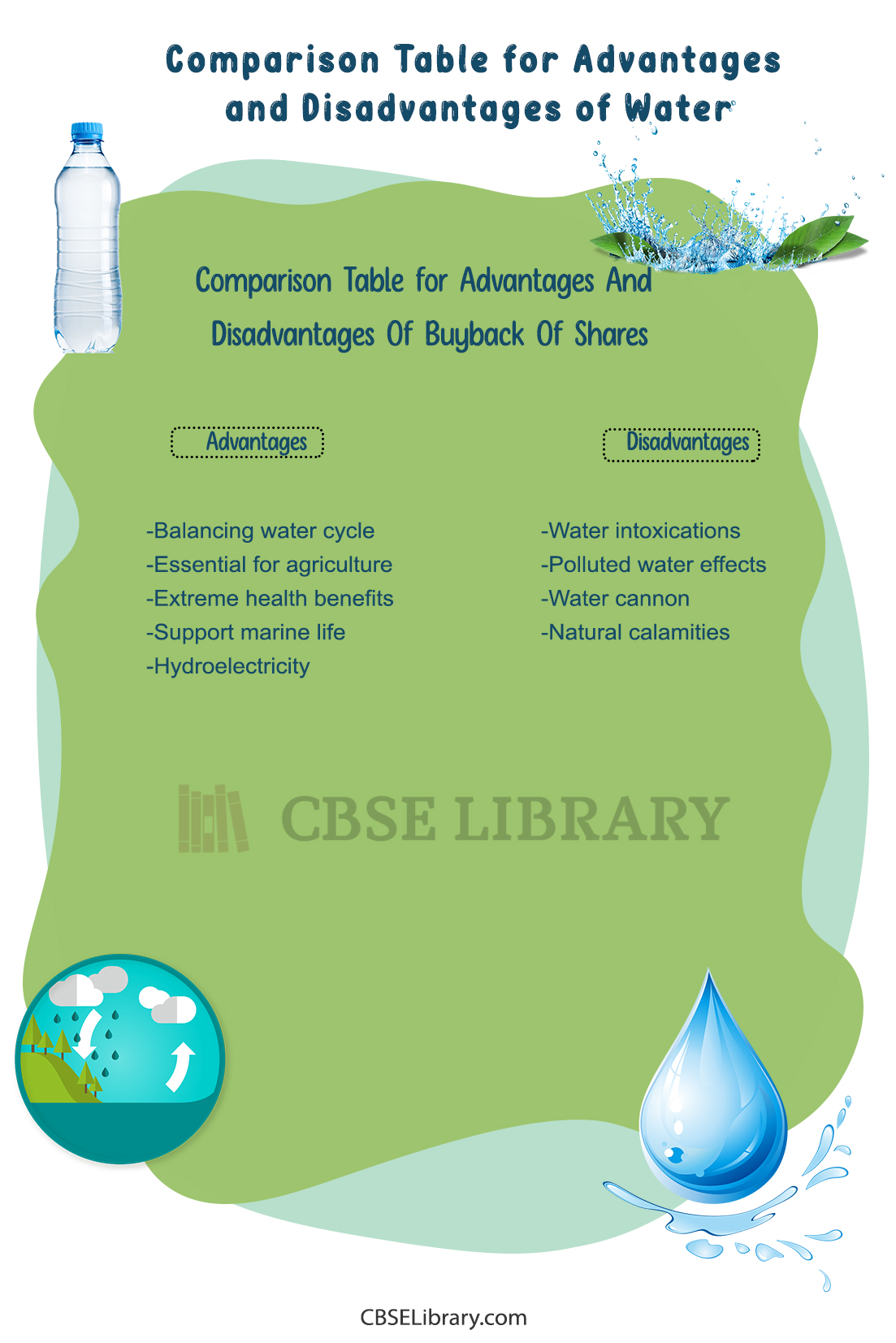 FAQ’s on Advantages And Disadvantages Of Water

Question 1.
Why is water important to live?

Answer:
It is a life-supporting natural substance on the earth. It is home to millions of species and helps in balancing the moisture requirement in the human body too.

Question 2.
What is the pH of water?

Answer:
Water is said to be neutral having a pH of 7 on the scale. We get the water from different sources and the pH varies slightly. However, all of the ranges are near the neutrality.

Answer:
Henry Cavendish was a natural philosopher who discovered water by combining hydrogen and oxygen atoms.