Zigbee Technology Advantages and Disadvantages: Zigbee is a specification that is based on the IEEE 802.15.4 standard. It is a wireless technology and a high-level communication protocol. It is utilized to create personal area networks with small digital radios of low power like medical data device collections, home automation, and other bandwidth needs with low power. It is designed for usage by small-scale projects where wireless technology is required. Therefore, Zigbee is an insufficient data and low-power mesh network.

The Zigbee specification specifies a technology that is easier, simple, and less expensive than other wireless personal area networks or PAN such as Wi-Fi or Bluetooth.

Depending upon environmental conditions and power output, it can range up to 10 to 100 meters within the line of sight. The devices used in this technology can transmit data over large distances by passing the data through a mesh network of intermediate devices. Zigbee technology is used by applications that require a low rate of data, and hence the technology needs long battery life and safe networking. For this reason, Zigbee networks are secured by symmetric encryption keys, which are of 128 bits. The Zigbee technology is entirely appropriate for intermittent data transmission from an input device or a sensor since it has a rate of 250 kbit.

The Zigbee technology is typically applied in these areas:

This technology is not suited for tactical radio ad hoc networks where the data rate is high, and there is a presence and need for increased mobility. 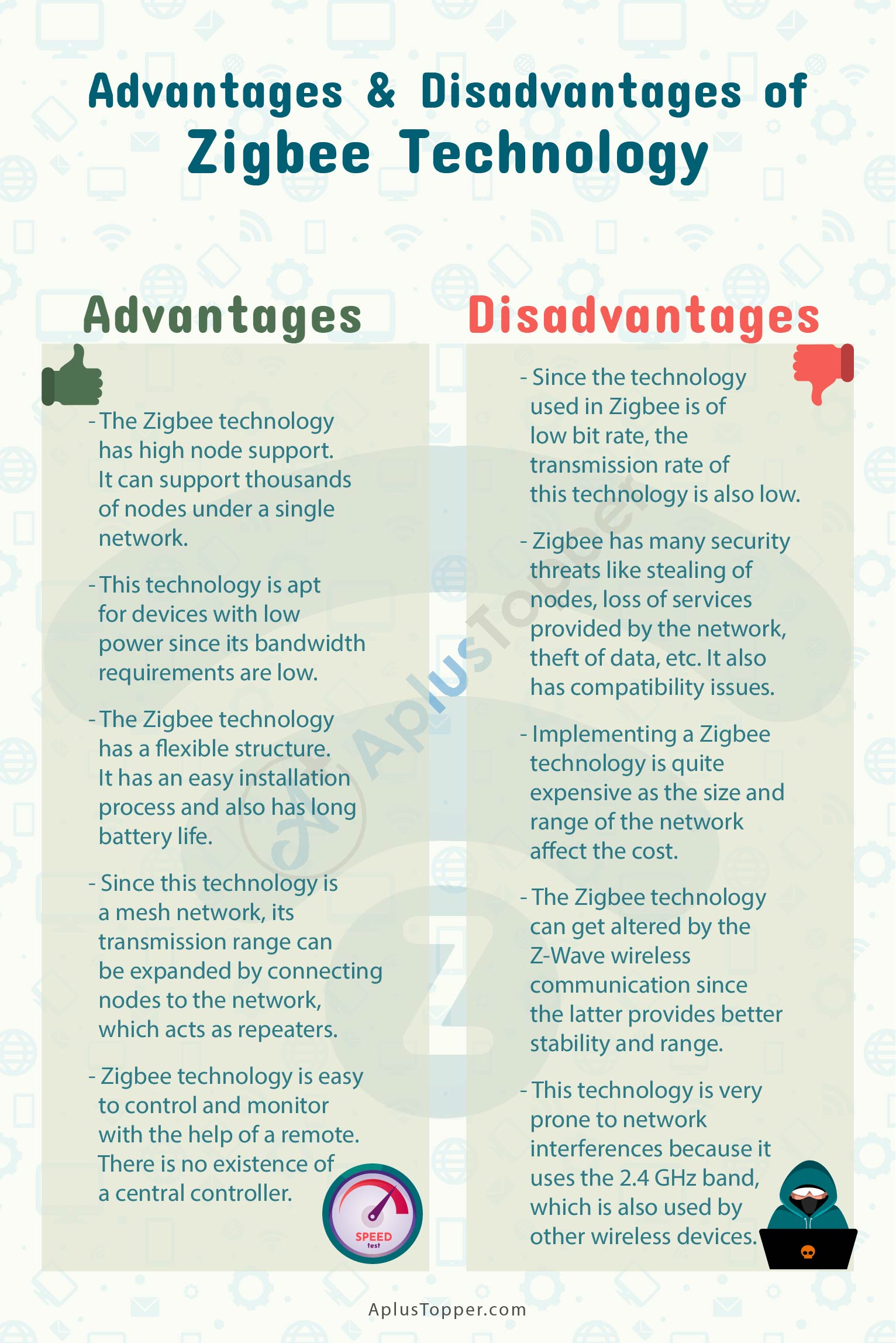 Comparison Table for Advantages and Disadvantages of Zigbee Technology 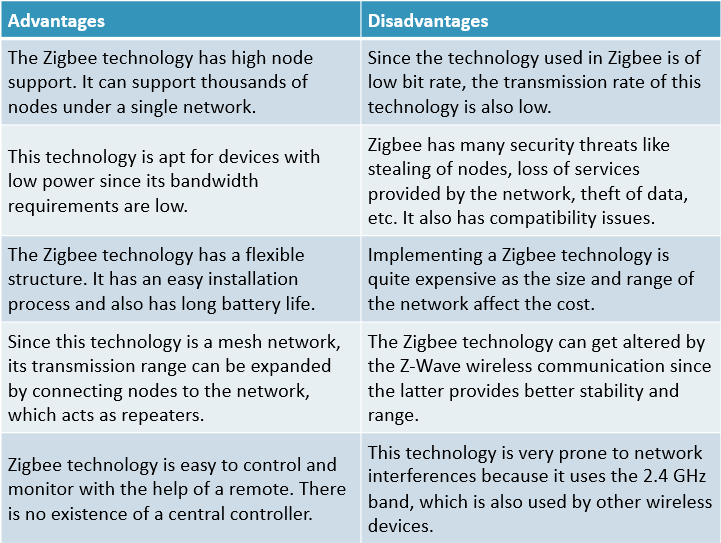 FAQ’s on the Pros and Cons of Zigbee Technology

Question 1.
What is the maximum transmission rate of Zigbee technology?

Answer:
The maximum data rate of the Zigbee technology varies from 20 kbps or 868 MHz bands to 250 kbps or 2.4 GHz bands.

Question 2.
When the device is idle, what is the function of the radio?

Answer:
In the year 2017, during the Consumer Electric Show, the Zigbee Alliance introduced Dotdot. It is a common language designed to ensure interoperability at the application layer with other IoT devices. This goal is attained by extending the ZCL, which stands for the Zigbee Cluster Library. It is developed to work on other devices with the help of the Thread wireless network protocol. This protocol also uses radio technology which is quite similar to that of Zigbee technology.