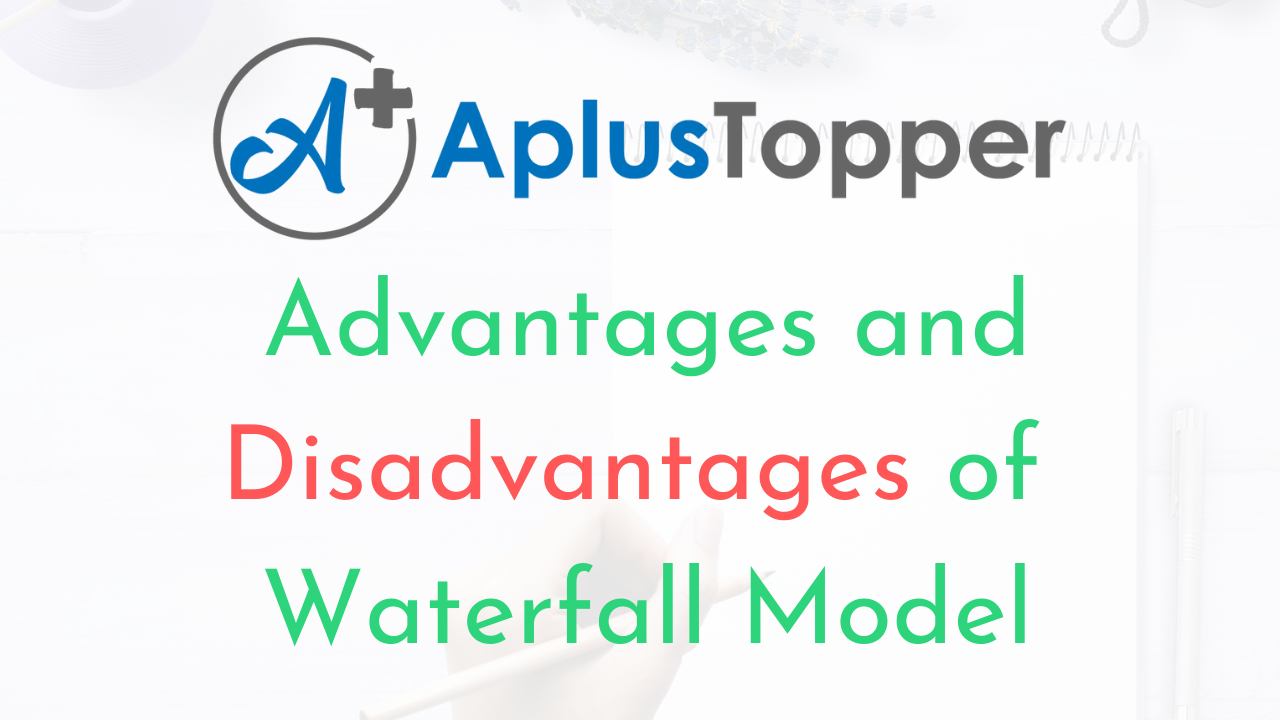 Waterfall Model Advantages and Disadvantages: The methodology of waterfall development is ideal for projects in which producing initial changes can be very expensive. Many global industries hold projects in which advances in the mass market are not significant. The principal issue with the Waterfall model is that revisions are not significantly rendered by logical sequences. The feedback from testers, engineers, and customers during the development of the software is missing parts. Also, in one go, the software integration to the present system is done.

The software industry, for the first approach to developing software, uses the Waterfall model. In 1970, Winston Royce presented this model back. The Waterfall model is a traditional practice in software development. The waterfall model is a model consisting of a “linear-sequential life-cycle”. The word Waterfall symbolises that this model flow like a waterfall from high to low level and is linear. It holds five to seven stages that possess different tasks to accomplish. Whereby all the stages collectively represent the entire life cycle.

Let’s discuss some of them:

The Waterfall model relies upon the sequential approach where each stage must be completed to start the next stage.

The development moves from complete design, deployment, testing, installation, troubleshooting, concept and ends up in operation and maintenance. Each phase of development should be worked properly and holds its own value. 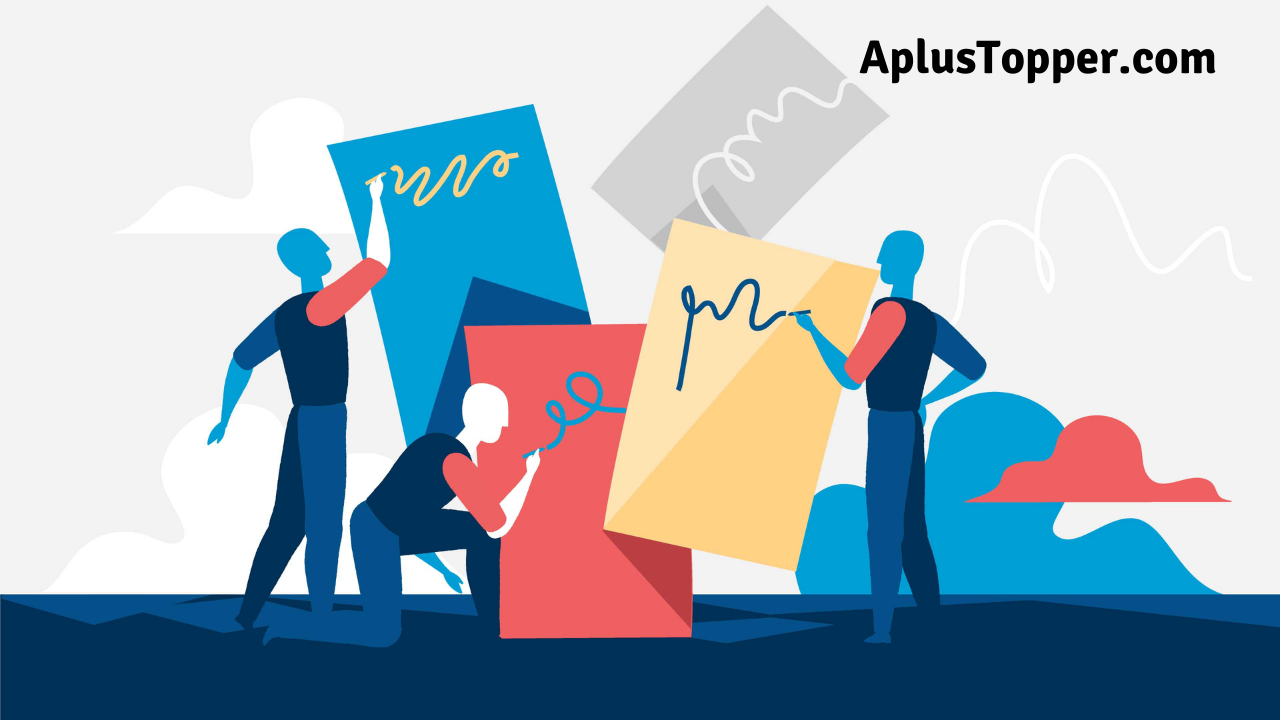 The Waterfall model based on traditional methods is the first sequential approach to Software Development, due to which it has been scrutinised for being outdated. The type, goal and size of the project make the boundaries of this methodology more self-evident. The Waterfall method must be thoroughly examined to know whether it fits the project or not. The investigation can be done by considering the constraints of the Waterfall project. 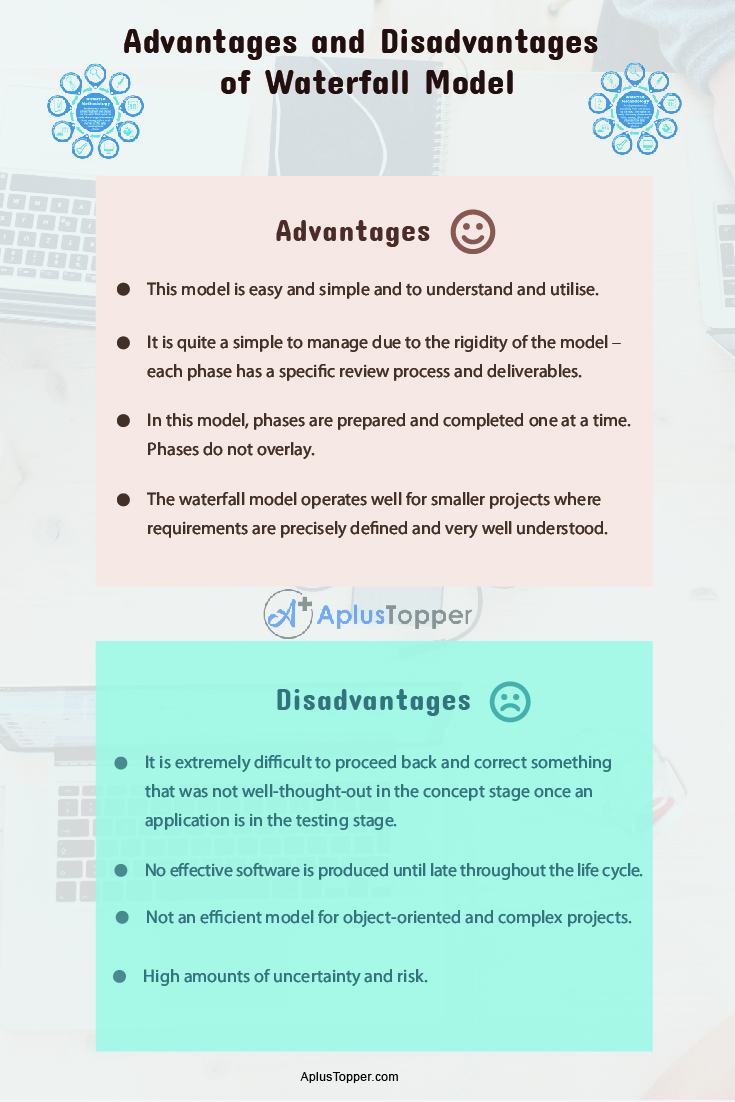 Comparison Table for Advantages and Disadvantages of Waterfall Model 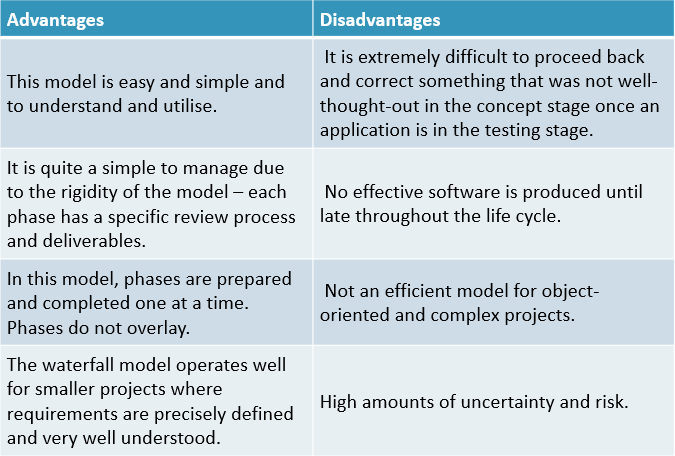 FAQ’s on Pros and Cons of the Waterfall Model

Question 1.
What are the pros and cons of the Waterfall and agile model?

Question 2.
What are the disadvantages of waterfalls?