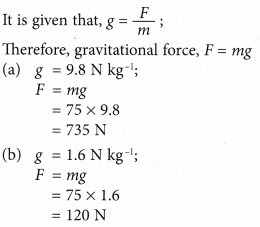 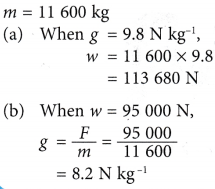 Example 3. At a particular point above the Earth, an aircraft of mass 20 000 kg experiences a gravitational force of 192 000 N. Calculate the gravitational field strength at that point.
Solution:

Example 4. A ball is dropped from a building and undergoes free fall. What is its velocity just before it touches the ground which is 100 m from where it is dropped?
[g = 9.8 m s-2]
Solution: 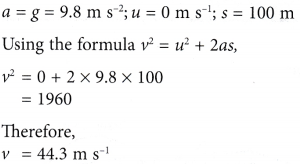 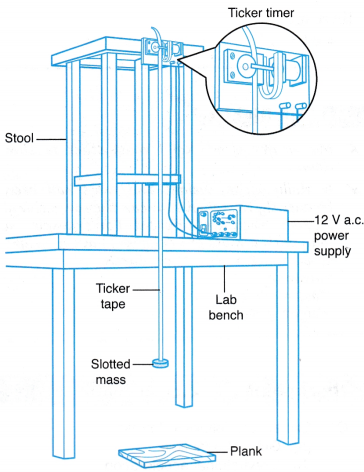