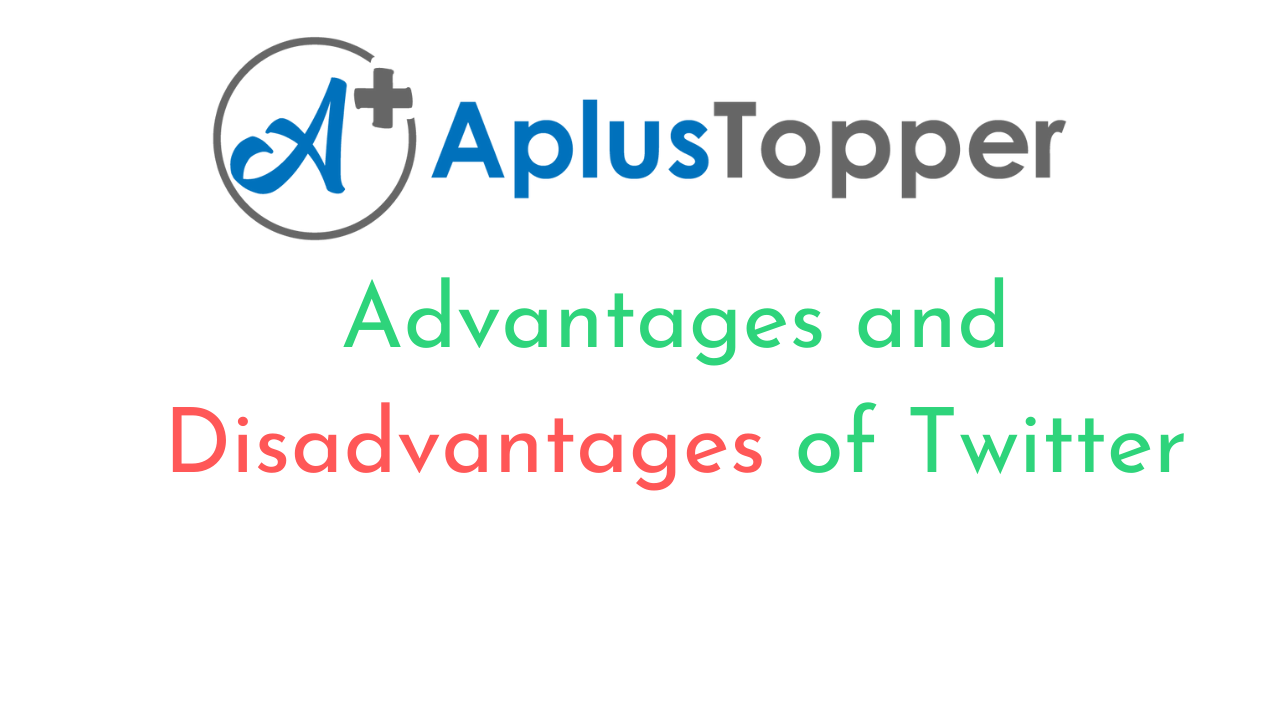 Twitter Advantages and Disadvantages: Twitter is a social media site that is used to connect people and allow them to share their ideas, thoughts with a large number of users. At present, it is one of the most popular social media platforms available. Twitter was launched in 2006, at present there are almost 100 million active users and about 500 million tweets daily. The founder of Twitter Jack Dorsey and Evan Williams had an idea to create an SMS-based communication platform with which a large audience around the world can connect to each other’s status. Twitter has successfully created a highly addictive platform. But it can sometimes be a boon for someone and could be a curse for others.

Twitter was launched in 2006, and the founder of Twitter is Jack Dorsey and Evan Williams. They had an idea of creating a platform that will be SMS-based communication to connect with many people at the same time. Twitter is a social media platform that is helpful to connect a large audience with their ideas, news, and messages. The short messages that are likely to 280 character limit are called ‘tweets’. Here people can follow you and get information and facts about you by your tweets. Twitter is easy to use, as you can be a broadcaster means you can tweet anything, anytime and the people who follow you or not can be able to get the news about you in real-time and also you can be a receiver who gets the tweets of the person whom you follow. You have an option to follow or unfollow any person on Twitter.

Besides sharing their thoughts, facts, product promotions, or just boredom on their web page, some use it as a chance to shout out to the world and enjoy how many people read their tweets. Sometimes there is so much gibberish but there is much useful news and informative content on Twitter in real-time. We have to understand according to our needs and find out whom to follow or not. Twitter can be used as a tool for social messaging and after understanding the terms such as FAVOURITE, DM, FF, BLOCK, HASHTAGS, etc. we can also use it for advertising with good results.

Most celebrities like Twitter due to its popularity by which they can reach their fans and can build a personal connection with them.

Twitter is the best place for Blogging, texting, and put own opinion. But it can be also a place for some people who won’t just give negative comments or troll people and put them down intensionally without reason.

Let us have a look at its advantages and disadvantages:

Let us discuss all the disadvantages of Twitter here: 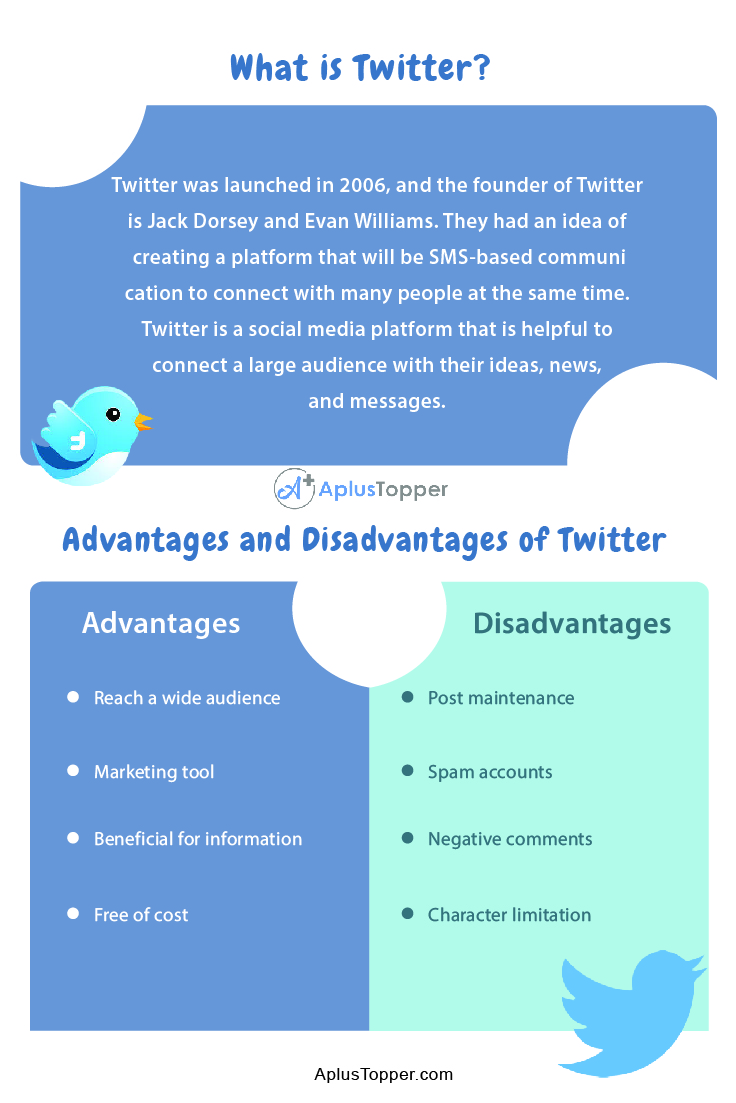 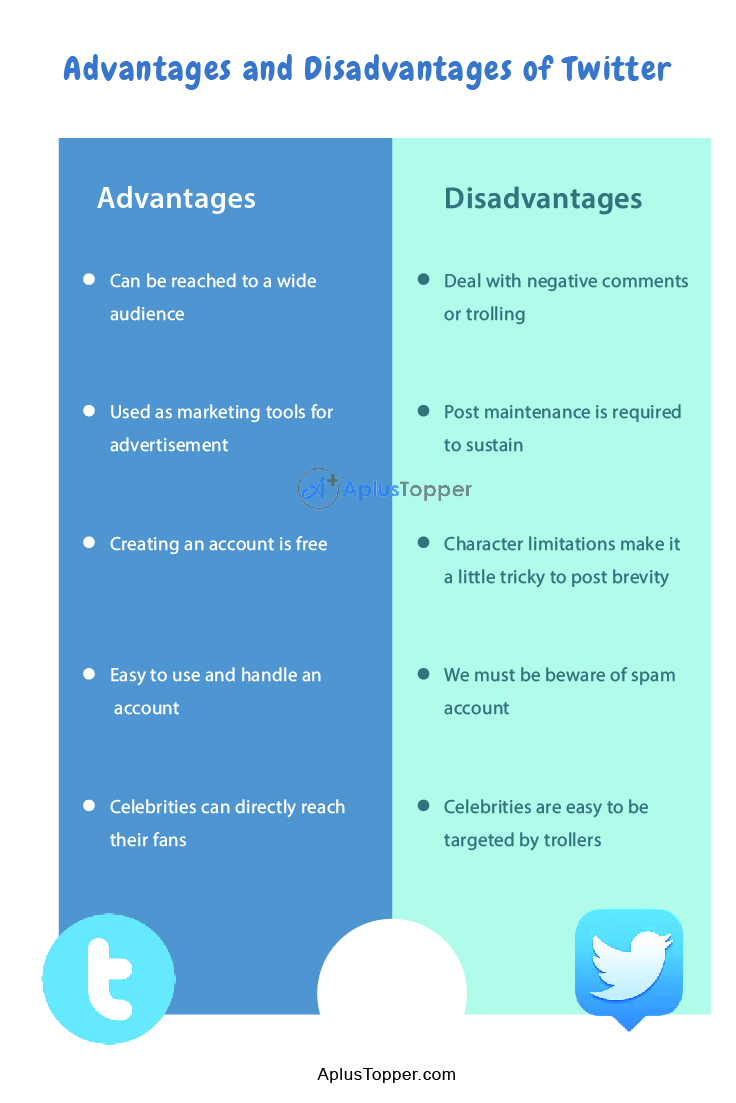 Answer:
Twitter is a social media site that connects a wide range of audiences with tweets. We can do messaging, blogging, and also marketing through this.

Question 2.
What are its disadvantages?

Answer:
Firstly post-maintenance is compulsory to maintain an account effectively, secondly we have to be ready to deal with negative comments as it is an open stage for comments and feedback.