D. State whether the following are true of false:

Question 3.
What was the extent of Chandragupta’s empire?
Answer:
Chandragupta’s empire was the first great empire in Indian history. By the end of his reign, the Maurya empire stretched from the Hindu Kush in the north-west to Bengal in the east, from the Himaylayas in the North to the Narmada in the South.

Question 5.
What was the extent of Ashoka’s empire?
Answer:
Ashoka’s empire stretched from the Himalayas in the North to Mysore in the South and from the Hindu Kush in the north-west to Brahmaputra in the east. It also included Kabul, Kandahar, Herat and the parts of Nepal and Kashmir.

Question 1.
What happened to Alexander’s vast empire after his death?
Answer:
After Alexander’s death, fighting broke out between his generals for the control of his vast empire. Seleucus, one of Alexander’s generals, became the ruler of the territory stretching from Asia Minor to the Indus.

Question 4.
Mention the main principles of Ashoka’s ‘Dhamma’.
Answer:
The Principles of dhamma were as follows.

Question 6.
What arc edicts? Why were they composed in Prakrit?
Answer:
Edicts are order issued by a ruler. They are also source of valuable information of the Mauryan period.Edicts were composed in Prakrit because it was easy language to understand by the common people.

G Picture study.
This is the picture of an Ashokan edict. 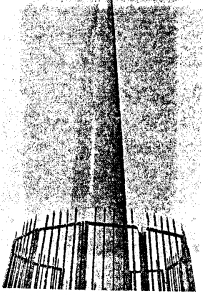 Question 1.
What are edicts?
Answer:
The edicts are a source of valuable information of the Mauryan period. Edicts are royal commands or proclamations.

Question 2.
How are Ashokan edicts useful?
Answer:
The edicts are a source of valuable information of the Mauryan period.

Question 3.
Where were these edicts inscribed?
Answer:
They were inscribed on rocks, polished stone pillars and caves.

Question 4.
In which language were they composed and in which script w ere they written?
Answer:
They were composed in Prakrit, the language of the people and written in Brahmi script. In the north-west they were written in Greek, Kharoshthi and Aramaic.

Question 3.
Who was Chanakaya ?
Answer:
Chanakaya was the chief advisor of Chandragupta. He was also known as Kautilya. He wrote book ‘Arthashastra’ on politics.

Question 4.
Who was Seleucus ?
Answer:
Seleucus was one of Alexander’s generals.

Question 5.
Why is Ashoka called as ‘Ashoka the Great’ ?
Answer:
Ashoka’s occupies an important place in history. He is regarded as one of the greatest rulers of India. He gave the best type of administration to his subject, Hospitals, schools were opened, wells were dug, trees were grown in large number, that is why he is called a ‘Ashoka the Great’.

Question 6.
What did Ashoka do to spread Buddhism outside India?
Answer:
Ashoka sent learned Buddhist scholars, his son Mahendra and daughter Sanghamitra to outside India to spread message of Buddhism.