What are the Different Types of Fossil Fuels

Let us discuss each of the fossil fuels (coal, petroleum, and natural gas) and their limitations in detail.

Coal is generally black or brownish-black in colour. Depending on its carbon content, it can be divided into three main types.

Coal was formed from the remains of plants that grew in warm, humid swamps 300 to 400 million years ago. The process of formation of coal is shown below. 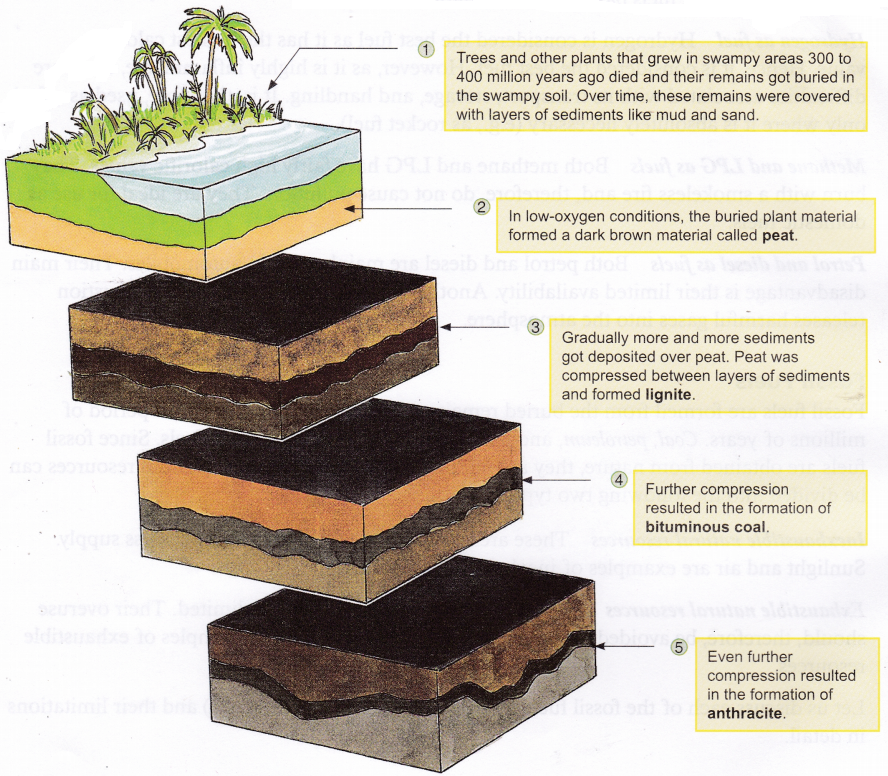 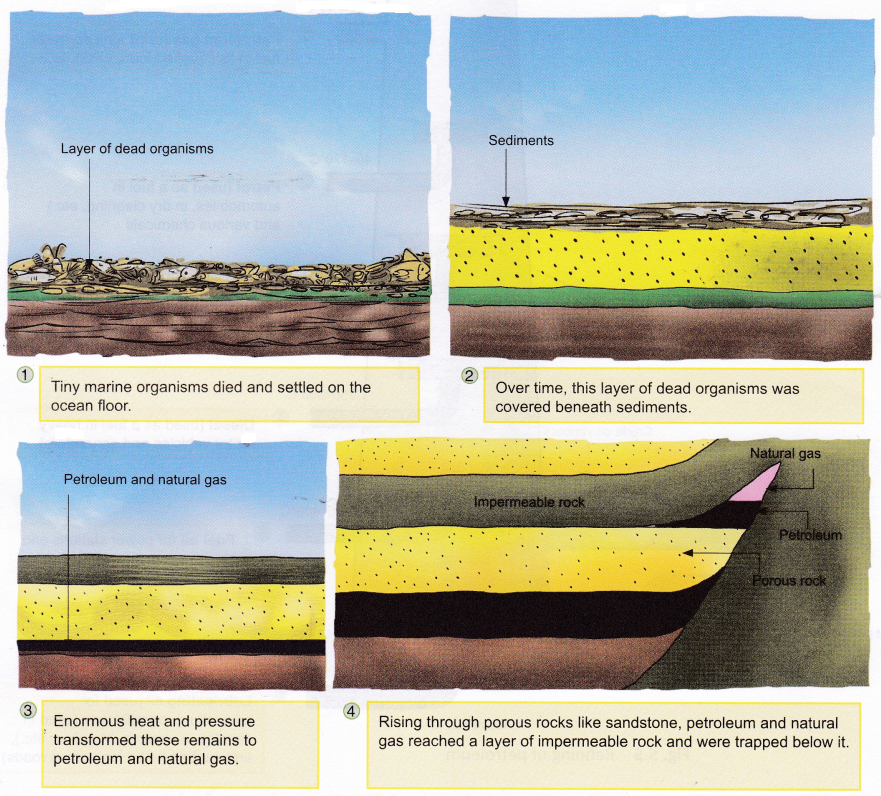 Petroleum and natural gas are extracted by drilling through the impermeable rocks. Petroleum or crude oil is a complex mixture of solid, liquid, and gaseous hydrocarbons. It is separated into useful substances through a process called refining of petroleum. This is done in oil refineries. In this process, petroleum is heated to 400°C and introduced in a fractionating column, which is a tall, cylindrical structure fitted with horizontal trays. As the vapours of petroleum rise inside the fractionating column, they cool and condense at different heights, depending on their boiling points, and are collected in different trays. Uncondensed hydrocarbons (petroleum gas) pass out of the column. The refining process is also called fractional distillation. The main products obtained are shown in the figure below. Natural gas consists mainly of methane. It has the following main uses.