Why the Endocrine System is Important to the Body

The major glands that make up the human endocrine system are pituitary, thyroid, adrenals, pancreas, ovaries, and testes. The pituitary gland, located at the base of the brain, is called the master gland of the endocrine system because its hormones control the activities of many of the other endocrine glands. The adrenal gland is called the gland of emergency because it helps the body respond to emergency situations. Epinephrine or adrenaline, a hormone secreted by the adrenal gland, is known as the fight or flight hormone because it prepares the body to act when we are in a stressful or potentially dangerous situation. It is because of this hormone that the body experiences emotional states like anger and excitement. The changes brought about by adrenaline are widespread, very rapid, and last a very short time. Some of the changes brought about by adrenaline are listed below.

A diagrammatic representation of the human endocrine system is shown in Figure. 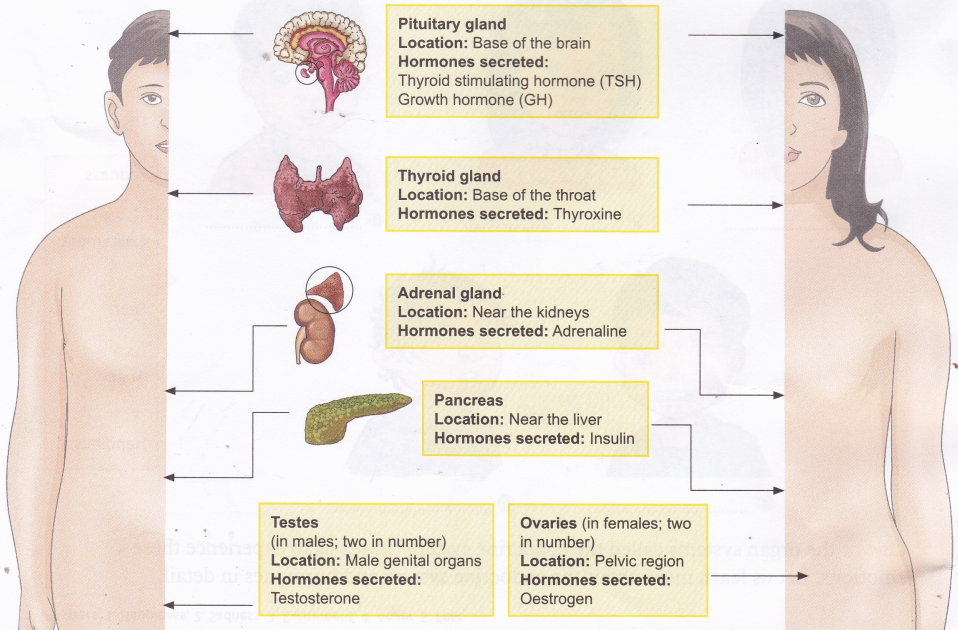 Role of some of the key hormones is given in Table.

Table Hormones and their role in the body

Hormones play an important role in the growth and development of the body, especially during a period known as adolescence.