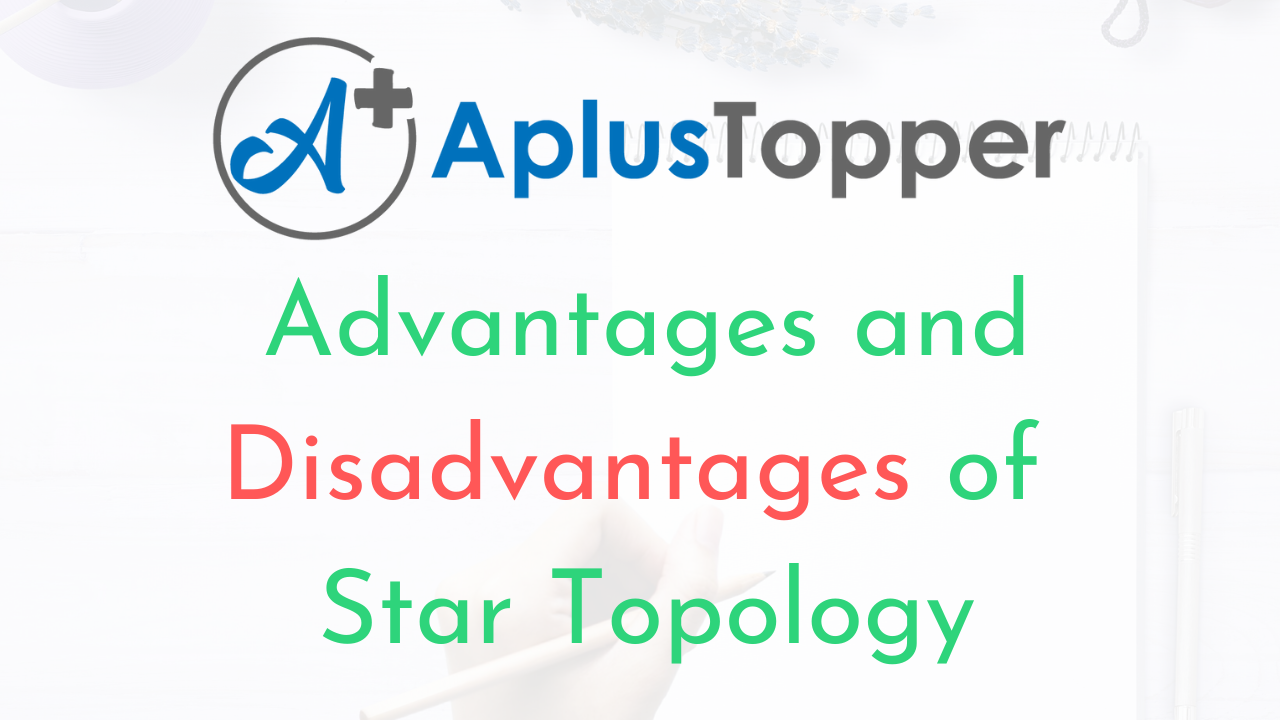 Star Topology Advantages and Disadvantages: Star topology is a network topology form where each piece of the network is attached to a central node called a hub or switch. In this network, every host is connected to a central hub. In the simplest form, one central hub acts as a channel to transmit messages. Star network is one of the most popular computer network topologies.

The attachment of these network pieces to the central component is visually represented in a form similar to a star. It is also known as a star network.

Star topology is a popular and standard network setup, alternatively referred to as a star network. Every node connects to a central network device in this configuration, like a hub, switch, or computer. The central network device acts as a server, and the peripheral devices act as clients. In a star topology setup, either a coaxial or RJ-45 network cable is used, depending on the type of network card installed in each computer.

Star topologies can be either active or passive networks, depending on the following:

Star topology can also be implemented with Ethernet, cabled structures, wireless routers or other components. In many systems, the central hub is the server, and the additional nodes are clients. 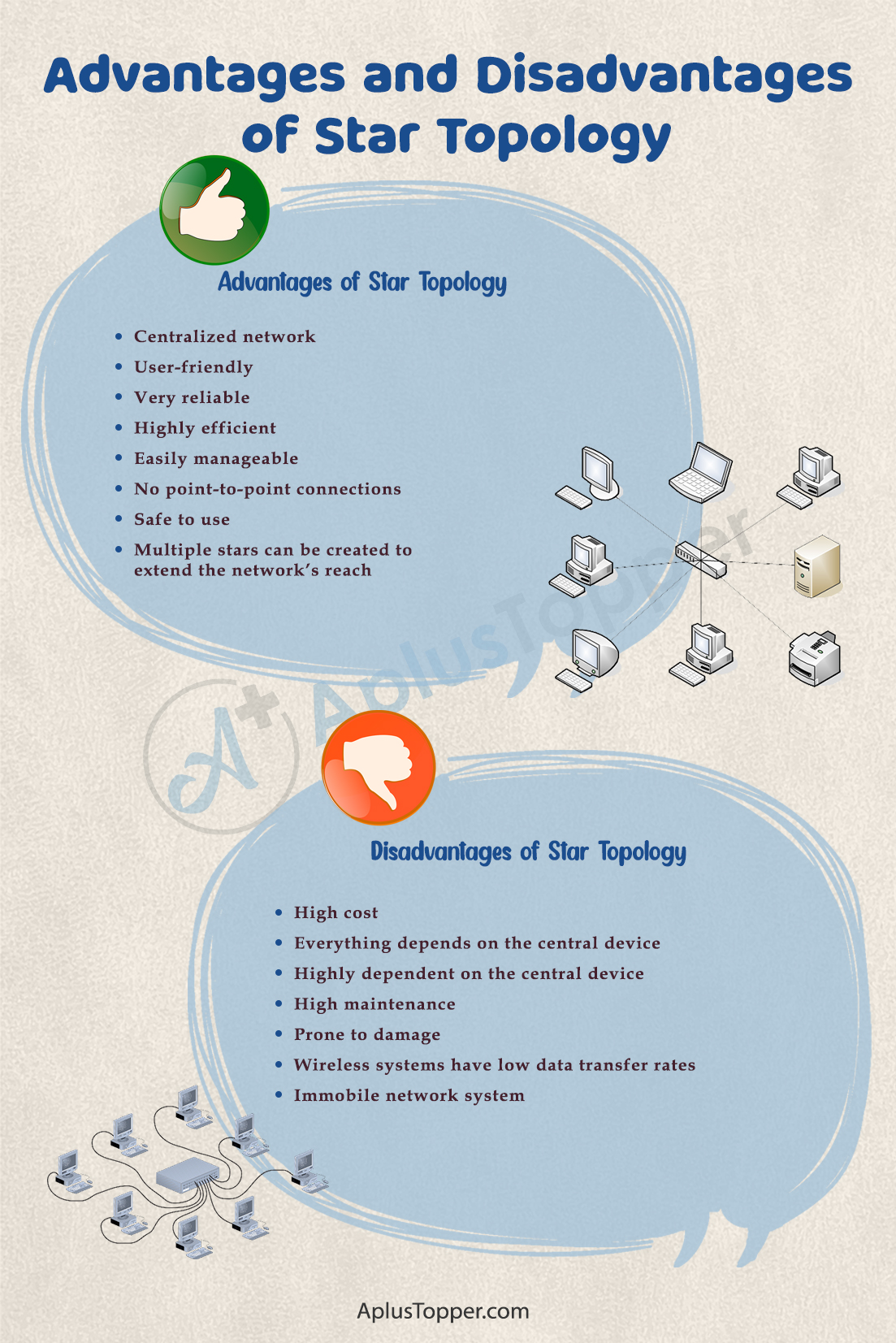 The advantages of using star topology are listed below: 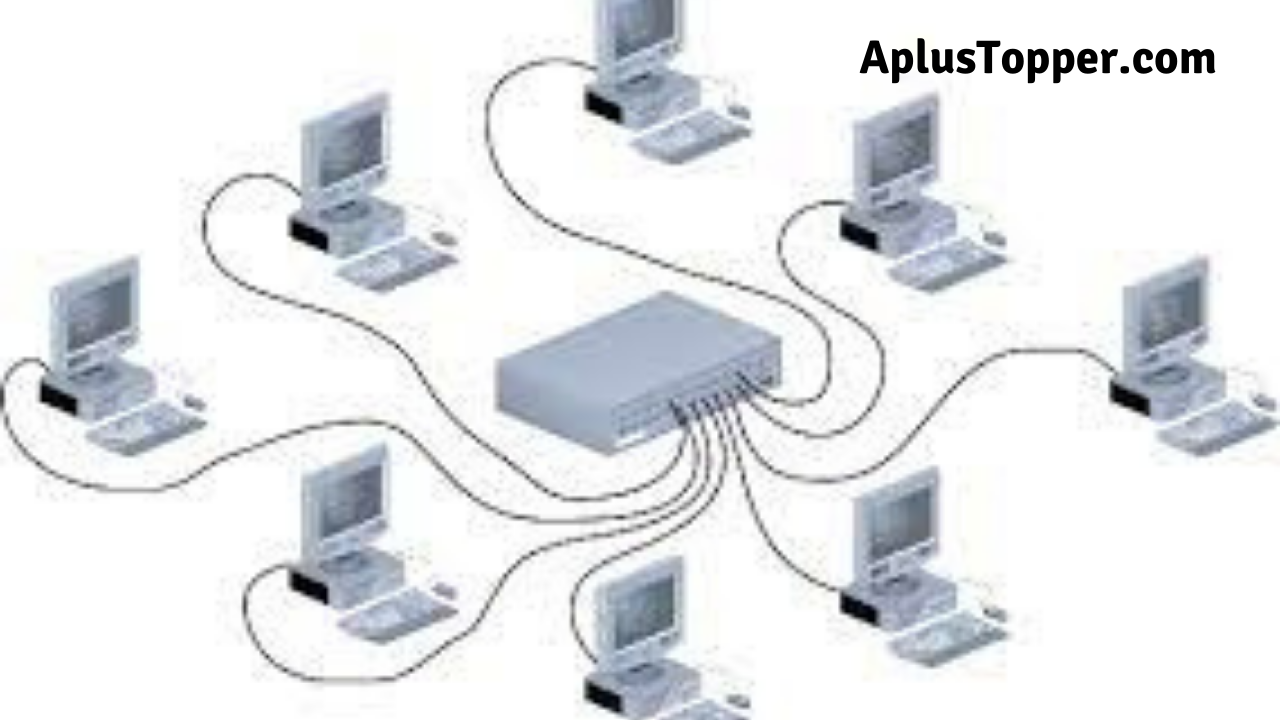 The list of the disadvantages for star topology are given below: 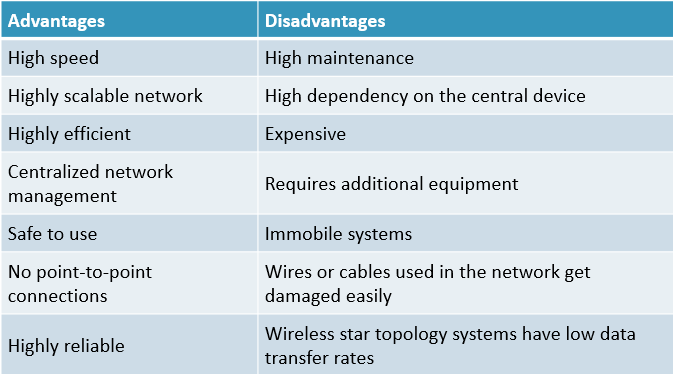 The star topology system works well for Local Area Networks (LAN) when multiple connection points are necessary for a network. And as discussed earlier, the central hub might be expensive to install, but the data packet movement is typically faster because it is self-contained.

Every business or project has its own needs to meet. We hope the star topology advantages and disadvantages discussed in this article will help you choose the right network for yourself.

Question 1.
What is the use of star topology?

Answer:
Star topology is used to ease the possibilities of network failure by connecting all of the systems to a central device or node. This central hub again sends all transmissions received from any peripheral node to all other peripheral nodes on the network, sometimes including the originating node.

Question 2.
What are the examples of a star topology?

Answer:
Star network topologies are commonly used in home networks, where the central connection point may be a router, switch, or network hub. Unshielded Twisted Pair (UTP) Ethernet cabling is generally used to connect devices to the hub, though coaxial cable or optical fiber.

Question 3.
What are the other types of topologies besides star topology?

Answer:
The other types of topologies besides star topology are listed below:

Question 4.
How does a star topology network work?

Answer:
In star topology networks, all nodes indirectly connect with each other through switches. The switch acts as the central point through which all communications are passed. Large networks using a star topology are usually controlled by one or more servers. Hence, the client-server model usually uses a star topology.