What Is Sonic Boom

When a body moves with a speed which is greater than the speed of sound in air, it is said to be travelling at supersonic speed jet fighters, bullets, etc, often travel at supersonic speed, and when they do so, they produce a sharp, loud sound called a sonic boom.

The source moves at a speed greater than that of sound, sound waves travelling at the speed of sound, are left behind. The high-pressure layers due to sound waves originating at different points bunch together as shown in figure. 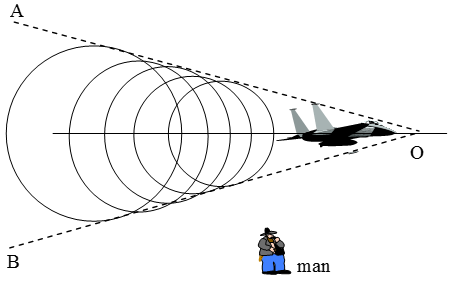 A region consisting of a very-high-pressure layer followed by a lower-pressure layer travels through the space together with the cone. This is called a shock wave. This shock wave gives rise to the sonic boom when it reaches a person.

The shock waves produced by supersonic aircraft have enough energy to shatter glass and even damage weak structure.