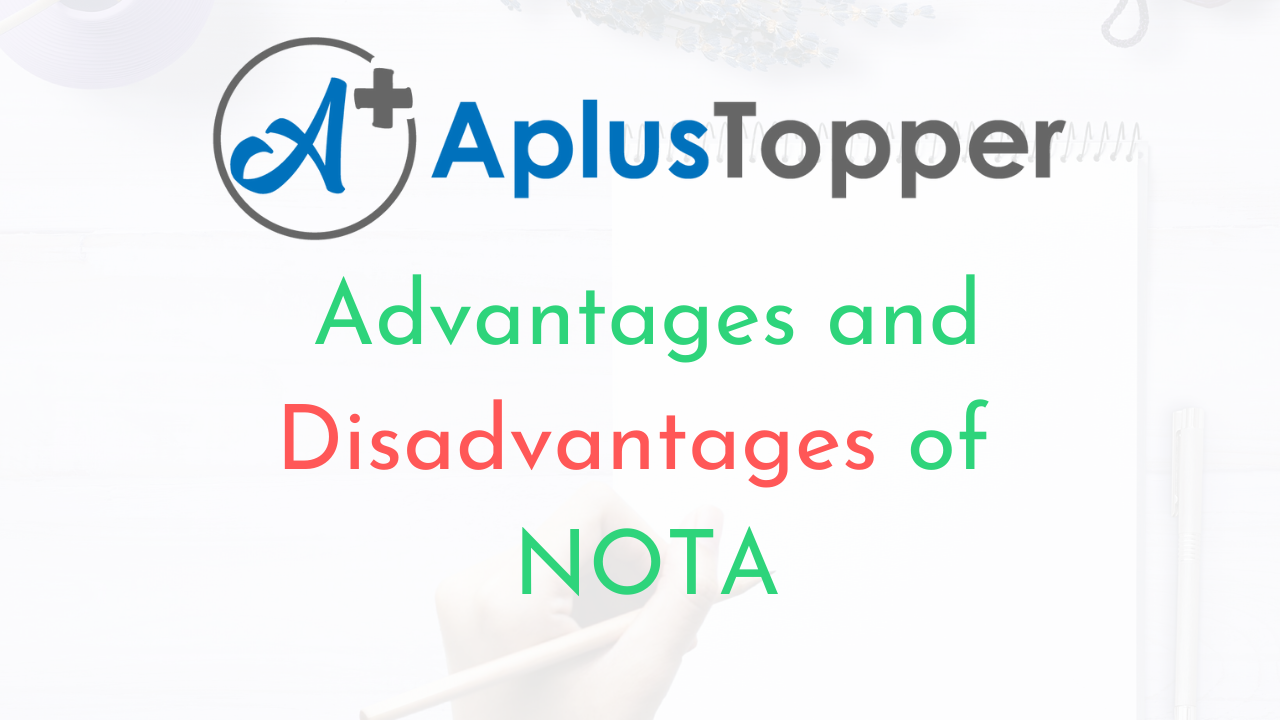 NOTA Advantages and Disadvantages: NOTA might seem like an old term to any but, it came into force in recent 2013. During elections in Madhya Pradesh, Rajasthan, Mizoram, Chhattisgarh, and Delhi, the assembly used this system.

In September of 2013, the government introduced NOTA through a Supreme Court directive mentioned in the Union of India versus People’s Union for Civil Liberties case to present the NOTA or ‘None of the above buttons in the election EVMs, whereby supporting a citizen’s right to vote for none of the parties along with the right to secrecy.

Previously, before the introduction of NOTA, citizens could choose to vote for none of the parties, but the process was tiresome. The criterion existed in Section 49 (O) of the Conduct of Election Rules of 1961.

As per the Section, the voter was permitted to cast a negative vote through Form 17A of the act, which would also have to pass through the supervising officer; hence privacy was not as strong.

Considering these issues, the government suspended the existing section and implemented the new NOTA policy to aid vote casters.

NOTA is an abbreviation used for the phrase ‘None of the Above.’ To put it plainly, it gives the balloter the right to express a negative conclusion by not selecting any of the competitors in the fray.

The Supreme Court envisioned NOTA to cleanse the political system by quoting that negative voting will begin a systemic change in the polls, and votes will force political parties to propose clean nominees during the elections.

The Advantages and Disadvantages of NOTA are explained in detail in this article.

The NOTA option is very significant for citizens. The primary objective of the NOTA button is to help electors who do not wish to vote for any of the listed candidates in order to exercise their voting right to refuse the parties without breaching the privacy of their personal decision. The voter must be qualified to record a rejection vote if they feel it necessary that the contesting competitors are undeserving of their vote. The freedom to vote awarded to all citizens is a compulsory obligation that must allow the vote of rejection whenever the citizen chooses to exercise it.

Maintenance of equality and prevents false voting: NOTA helps maintain the freedom to equality of citizens by omitting the discrimination based on caste, creed, gender, and religion and provides fair opportunities to every vote caster not to vote and exercise the option of NOTA when felt necessary.

NOTA also prevents false voting due to its higher aggregates of being the end result, preventing fake votes by people.

Maintenance of privacy and freedom of expression: The best feature of the NOTA policy is the maintenance of privacy of vote casters. Due to political dominance in a particular region, people might be affected or worried about privacy while voting. NOTA allows them to vote free of worry.

The policy allows citizens to have the right to heresy for any particular party. Rejecting all parties is also a suitable choice that people should respect.

Honest votes and increased cooperation among citizens: NOTA allows elections to be successfully held. When there are not desirable candidates on ballots, citizens choose not to vote as a respectable option.

Due to the advent of NOTA, people have started to perceive casting no votes as a good option rather than wasting their polling rights and bringing transparency to the elections system.

According to the citizens, when there are no desirable parties, they chose not to vote as an option. Still, with the emergence of NOTA, the system raised voting participation contrasted to the earlier estimated data. 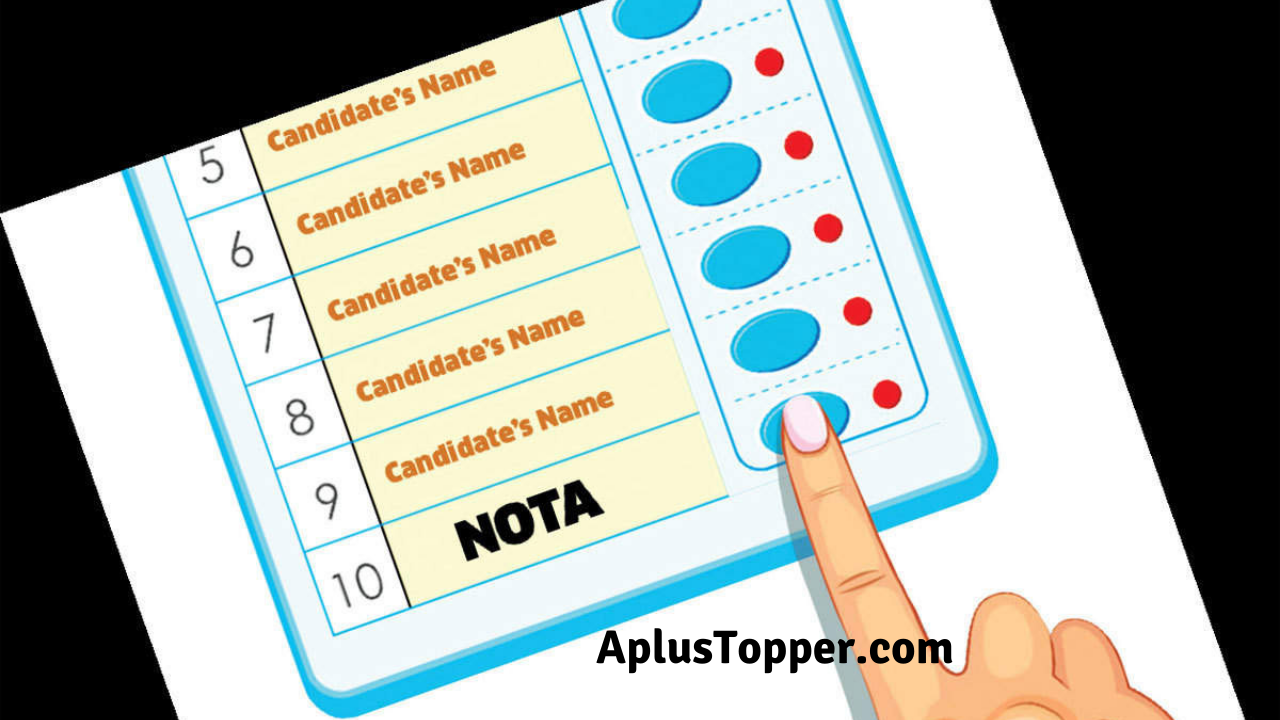 Comparison Table for Advantages and Disadvantages of NOTA 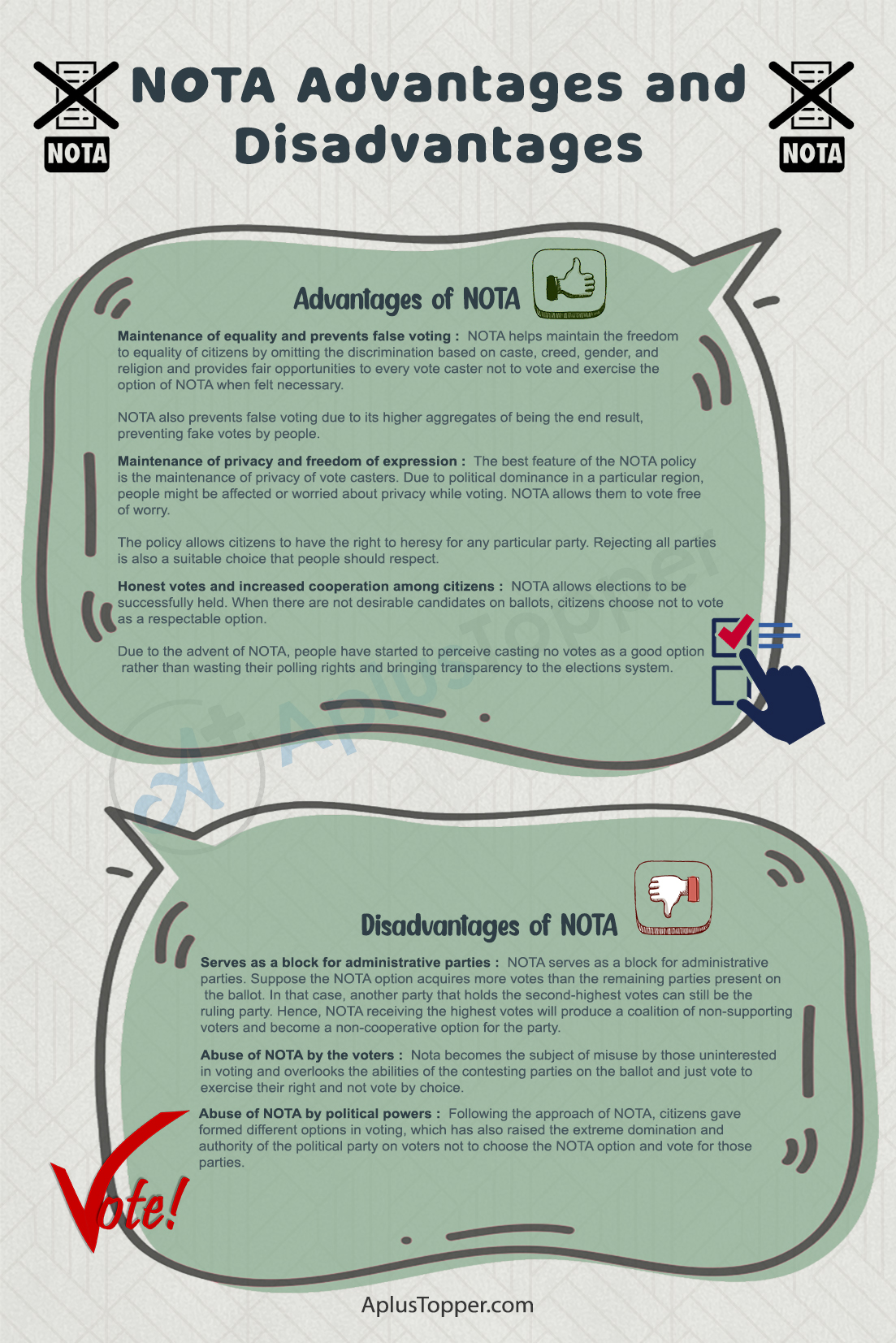 FAQ’s on Pros and Cons of NOTA

Question 1.
How can an individual Cast a NOTA Vote?

Question 2.
Is NOTA considered as a standard practice internationally?

Answer:
Countries such as Ukraine, Colombia, Brazil, Finland, Bangladesh, Spain, Chile, Sweden, France, Greece, and Belgium allow citizens to cast the NOTA vote. The state of Texas and other US states sanctions the NOTA provision since 1975.

Question 3.
What was the requirement for NOTA in India?

Answer:
Negative voting will commence a systemic change in ballots and force political parties to propose clean nominees. Suppose a citizen’s right to vote is a legal right.

In that case, the freedom to refuse a candidate is a fundamental right of speech and expression as mentioned under the Constitution, as proposed by Chief Justice of India, Sir P Sathasivam.

The court also named that the system of negative voting subsisted in numerous other countries. In the Parliaments, the MPs have the choice of abstaining from the vote.

Question 4.
What if the NOTA option gets the most votes?

Answer:
Suppose NOTA wins the highest number of votes from the voters during an election. In that case, the government should hold re-election in that constituency with fresh candidates or new voters, or the Governor should rule that area with the highest votes on NOTA.