Question 5.
Using a platinum wire, cone, hydrochloric acid and a Bunsen burner how would you distinguish between the three salts e. sodium chloride, potassium chloride and calcium chloride. Explain in brief the method used for the same.
Answer:
Application of flame test – to identify the metal in the substance 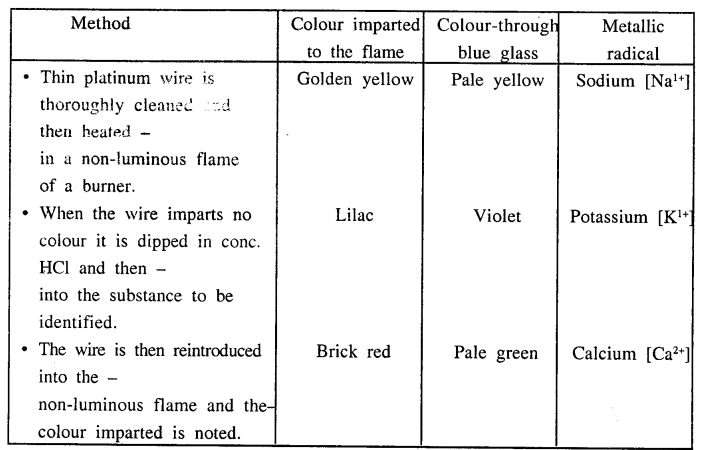 (e) To prove the advantage of detergent over soap.

SOURCES OF WATER POLLUTION IN THE LOCALITY

Question 8.
State in brief, the preventive steps to control the pollution of water bodies in the locality.
Answer:


PREVENTIVE STEPS TO – Control pollution of water bodies in the locality

Question 2.
Select the correct salt from list II which on thermal decomposition exhibits the change in colour from list I – 1 to 5.

Question 3.
State which of the substances given below evolves oxygen gas on thermal decomposition.

Question 4.
Complete the table given below.

5. Select the correct answer from the words in bracket.