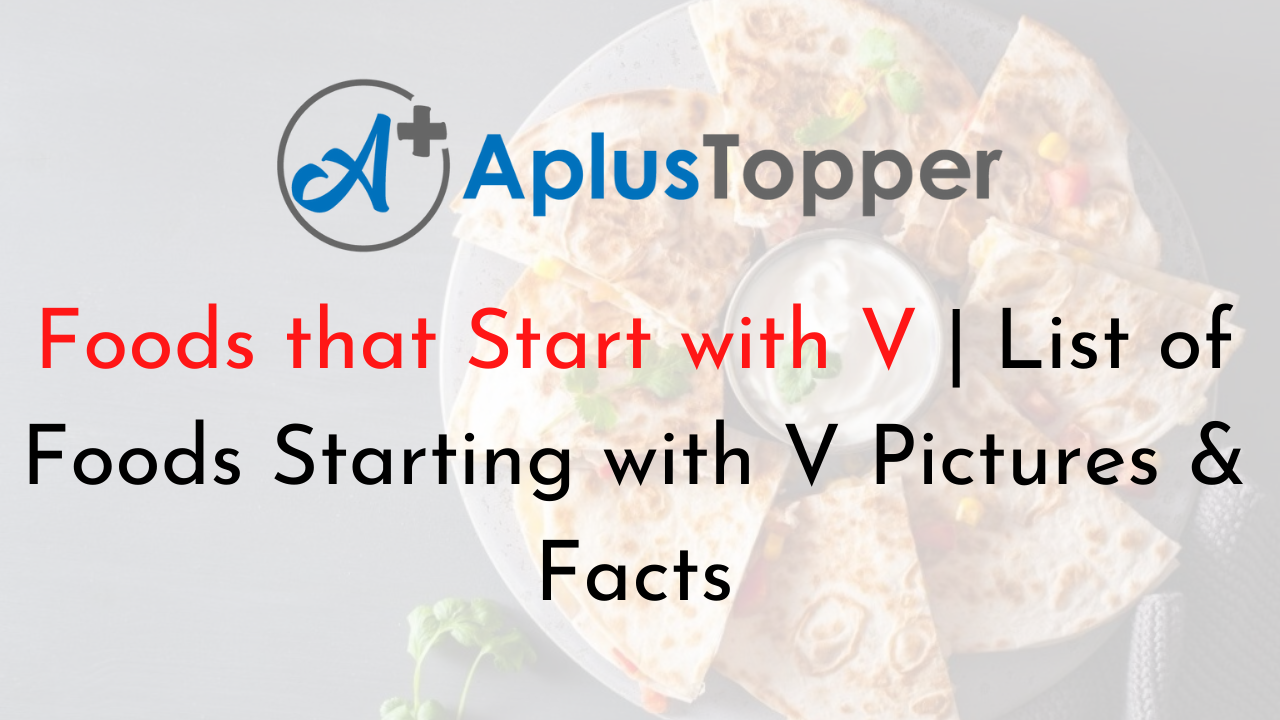 Foods that Start with V: We consume a wide variety of foods from around the world. It’s difficult to keep track of everything we eat. You can increase your knowledge about food from the list of food names starting with V.

Names of Foods Whose Name Starts With V

List of Foods Names With Letter V At The Start

Fascinating Facts On Foods That Start With V

These oranges are named after Valencia in Spain though they come from Florida! These are sweet summer oranges you can juice for a morning boost or as a snack.

It is an herb that originates in Asia and Europe. You can drink it as tea or take in capsules to help you fall asleep at night. The flowers of this plant can also make a tasty lunch for moth larvae and butterflies.

Though vanilla can refer to a flavor, it is a pod harvested from orchids. These pods give out amazing, rich flavors we all use for baking and other sweet desserts.

It is a type of beef that comes from a male calf rather than a grown cow, and it has a milder flavor. Due to its mild flavor, many use it in various dishes.

We all know about vegetables, and hopefully, we all love veggies! We know about so many of them, such as broccoli, corn, etc. There are different groups of plants and plant parts, and it is surprising that they are called by the same name, vegetables!

It is a cheese that is similar to American cheese but smoother and softer than regular cheddar cheese. It is great for making nachos at home. It can come in a spray can for a satisfying snack.

These beans are legumes native to Africa and tropical Asia. People often used it as a fertilizer for other crops or to feed other animals, but Indonesians eat them. These have a thin hairy lining that can make you tremendously itchy!

It is a type of meat but not calf meat. It comes from game animals such as elk, deer, or antelope. It features a finer texture than beef and has other similarities to beef. It gives fine cuts which are high in moisture and protein than beef, hence, extra healthy.

It is a long, round noodle-like spaghetti. Though in Italy it is thicker and in Asia it is thinner, and in Vietnam, it is the same as Angel hair pasta, it has the same name.

It is a class of wine that has an ABV booster with other alcohol and other flavoring botanical substances. People use it with Martini and cocktails for a boost of flavor.

It is a France originated soup. It has a creamy base with boiled pureed leeks, onions, cream, chicken stock, and potatoes. They usually eat it cold served. 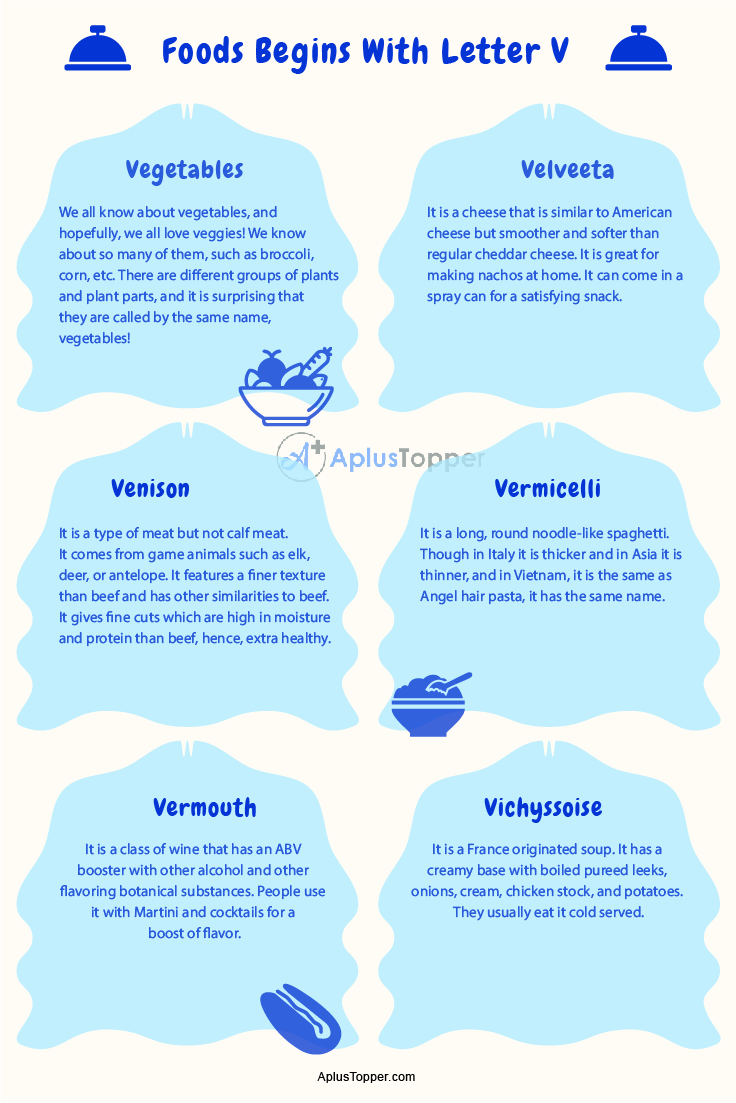 These are an egg-shaped English plum that has red, mottled skin and yellowish flesh. It is harvested when it becomes ripe and sweet during mid to late September.

It has a cake recipe that requires people to mix the egg whites separately and fold them in the batter to make it softer and lighter. It can have a layer of jam in it.

These sausages are called Frankfurters. They are small German sausage that comes canned. They are prepared with a combination of beef, pork, and some smoked meat at a low temperature.

It is an Indian curry preparation made with caramelized onions, coconut milk, curry paste, vinegar, ginger, chilies, and spices such as garam masala, salt, pepper, paprika, and turmeric.

It is essentially fermented ethanol, but it is not alcoholic. It has fantastic microbial properties, and not only can you use it in cooking, but you can also use it to clean your house!

It is a Dutch custard-like dessert made with milk, eggs, cornstarch, and sugar. One can add any kind of flavoring such as chocolate, vanilla, etc. it is smooth and rich and very indulgent.

It is an alcoholic drink made with potatoes or with sugar. The Russians invented it and the Polish too. 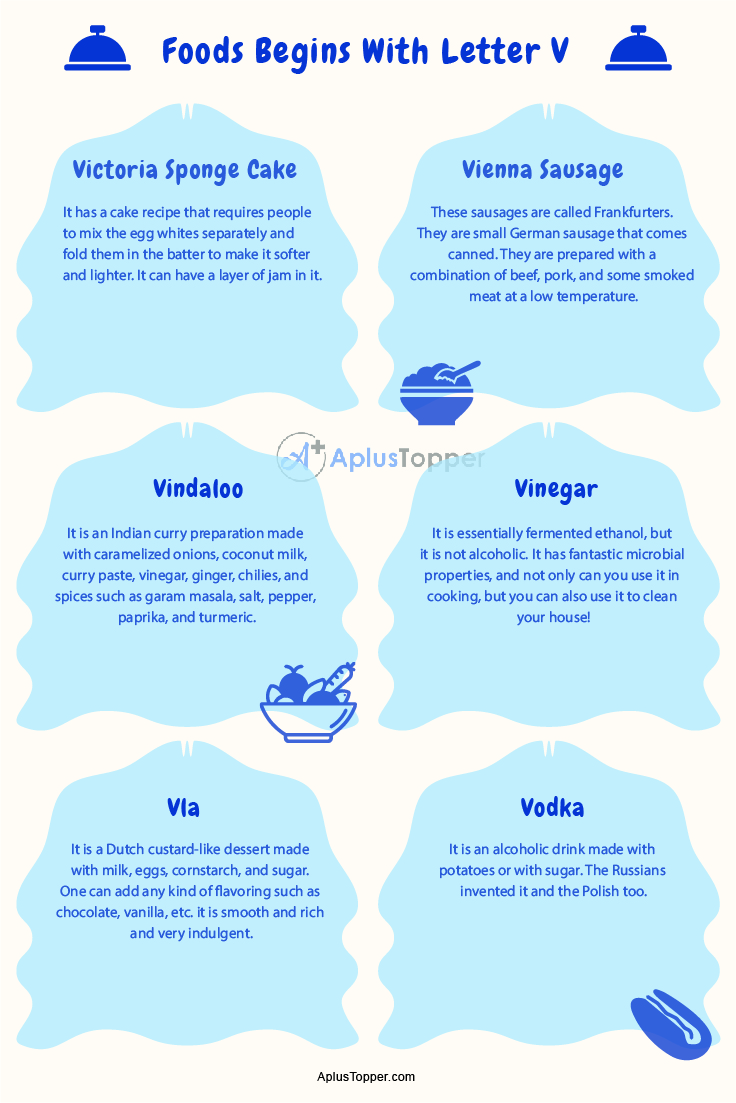 It is a French dish made with a small hollow pastry puff created by stacking ring-shaped pastry on top of another one to create a basket. It is usually filled with chicken or fish.

It originated in Paraguay and Northeastern Argentina. It is a thick yellow soup made up of balls of cornmeal, cornflour, chicken broth, cheese, etc. It has chicken dumpling-like portions in it.

It is an Eastern European pastry formed as a ring of dough and stuffed with fillings in the middle. Sometimes they add raisins and other fruits.

It is an Afro-Brazillian dish made with bread, coconut milk, shrimp, finely ground peanut, and palm oil combined into a creamy paste. It is traditional to eat it as a ritual offering.