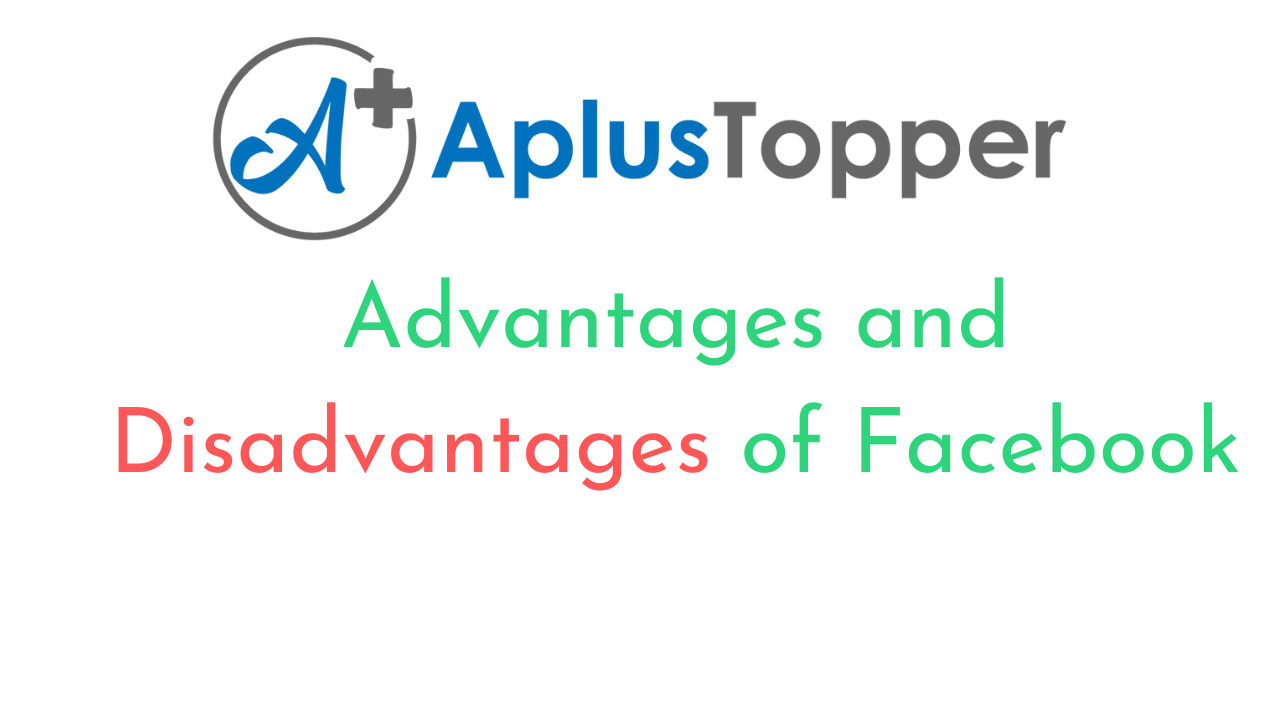 Facebook Advantages And Disadvantages: Facebook has been an effective platform to promote businesses, events, and products. It is also an excellent tool for marketing research, since it gives you instant access to a high number of potential customers. It has also been a platform to connect and socialise with friends and family, and also build new relationships. On the other hand, it may not be a good idea to advertise on Facebook if you are targeting older adults or people with no interest in your product. Moreover, Facebook can be very addictive and this can have detrimental effects on individuals. Facebook also has some corporate practices which are not really in its user’s best interests.

On the one hand, Facebook is a major player in today’s world: it has nearly 2 billion monthly active users. Additionally, it’s still growing and as people rely more heavily on their social media accounts for news and information; that growth will likely continue.

On the other hand, Facebook has been involved in major controversies. One major controversy was when Cambridge Analytica allegedly used data from about 87 million Facebook users without permission to target American voters with personalised political ads during the 2016 US presidential election campaign. This caused a user outcry and led many to demand that such practices be banned, but this isn’t something that can be done lightly – after all, these tools are what make Facebook the company worth billions of dollars. In this article, we shall explore the implications, advantages and disadvantages of Facebook.

Facebook helps businesses, students, and people stay connected. It is a place where people can share their lives with one another. However, there are many downsides to using the social media website such as cyber bullying and the risk of having personal information stolen. Other advantages and disadvantages of Facebook are as follows:

The advantages of Facebook are that it is free and easy to use. On the other hand, the disadvantages are that you may get addicted to Facebook and that there are privacy issues. There are also many fake accounts on Facebook and hackers can steal your data. Regardless, you can always ensure your online safety by staying vigilant and ensuring that you spend some time offline with family and friends rather than be completely online.

Question 1.
What are the advantages and disadvantages of Facebook?

Answer:
One of the advantages of Facebook is that it allows for easy interaction with friends and contacts. It also gives people the opportunity to share their thoughts quickly, without having to worry about written grammar or spelling mistakes. There are some disadvantages such as the lack of privacy and information inaccuracy caused by fake profiles.

Answer:
Facebook is a social media platform that allows people to connect with friends and family. Many teens use the platform for their personal relationships. However, Facebook has become notorious for giving children too much access to strangers. This can lead to issues such as cyberbullying, which is becoming an increasing problem in schools or even on the home front.

Answer:
Social media such as Facebook can cause people to lose focus and get distracted from more important tasks at hand. Another disadvantage is that it’s very addictive and can lead to detrimental effects on your mental and physical health.