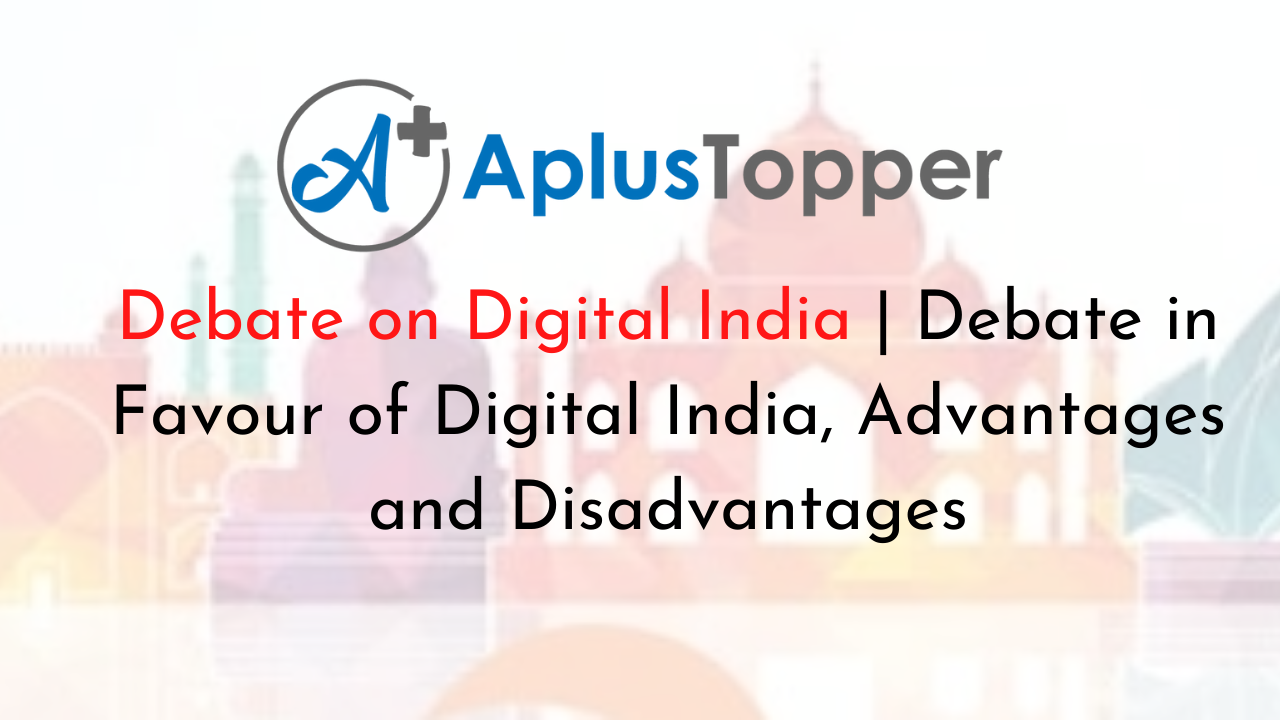 India has seen a dream of Digital India. From the latest science to the latest technology, everything should be available at the tip of one’s finger

This is the dream of our Respected Prime Minister Narendra Modi to connect entire India over a single network and to transform India into a digitally empowered society and knowledge economy.

A very Good Morning to the Respected Chief Guest, Honorable Dignitaries, Principal Ma’am, all the Teachers and everyone present here. First of all, I would like to thank Principal Ma’am for giving me the opportunity to participate in a debate on Digital India and express my views. In my opinion, digital India proved to be more beneficial to the country so let me speak in favour of the debate on digital India.

Before actually starting the discussion on the debate on digital India let me explain the main objective of Digital India.

In my debate on digital India I would like to highlight that Digital India has launched a number of government services online some of them are:

These documents are authenticated by the government itself.

A majority of the rural population did not have internet access. The Prime Minister of India, Narendra Modi also undertook an initiative to make rural households digitally literate. Digital literacy means letting rural people make use of the internet in order to improve the overall quality of life. The government also wants to make digital payment platforms popular which will be more convenient for businesses.

Digital India enables the government to generate thousands of IT jobs since Digital India will require individuals to help establish the platform as well as introduce a new wave of the young population to the digital revolution.

According to my research on the debate on digital India, Digital India is successful in connecting more than 250,000 villages throughout the country. Every village now has access to high-speed internet provided by a government-owned telecom called the BBNL.

The Indian Government also encourages digital payments by encouraging several payment platforms such as PhonePe. The Prime Minister said that if people start using RuPay for digital payments, it will directly benefit the country. Because of inadequate infrastructure, IT companies started hiring more people in order to develop more such apps.

Through my debate on digital India in favour i realised that since all the government transactions will be done digitally, many people came under the tax radar and as a result, a significant portion of the black money in the market was traceable. This led to a sudden increase in the revenue collected by the government and an enormous decrease in the amount of black money people had.

In my debate on digital India, you will find how helpful this is for people living in rural areas. People from all over India can now directly get access to a large number of government agencies from the comfort of their homes. They don’t have to travel hours to visit the government offices.

The rural part of India with the majority of the population, suddenly found themselves interconnected, directly benefiting millions of lives. Farmers can now communicate easily with the experts on a range of farming subjects and get better production.

So here I conclude my debate on digital India. I hope it will help you understand how important it is for the growth of our country. 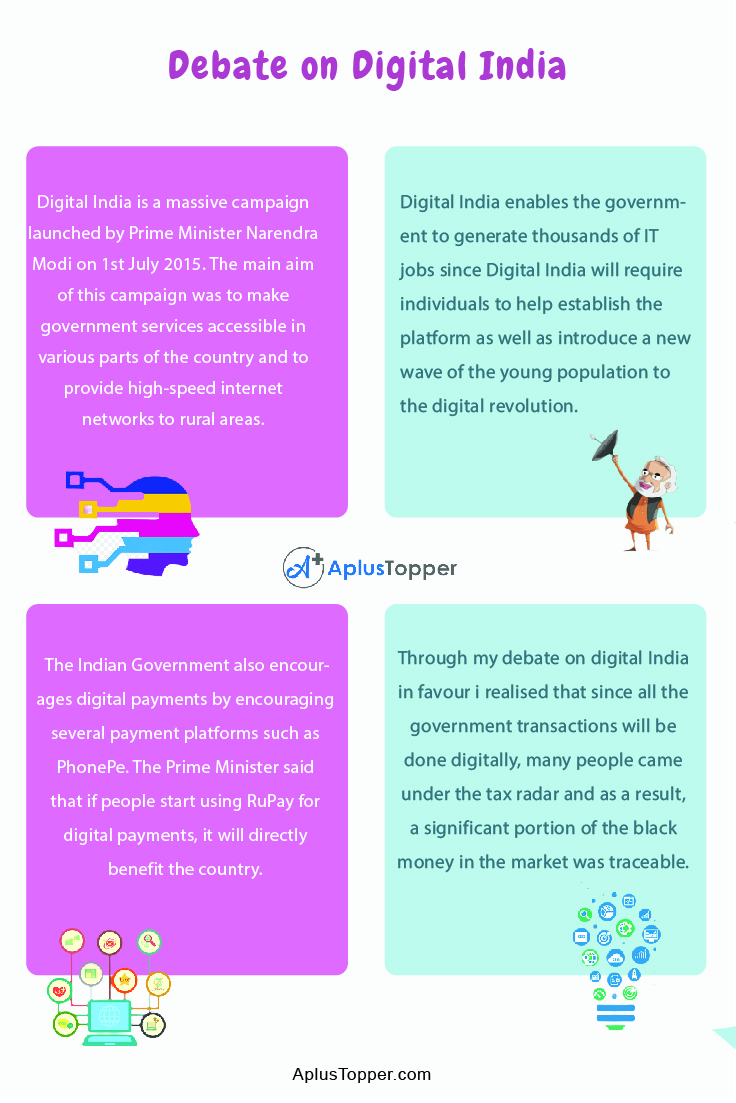 FAQ’s on Debate on Digital India

Question 1.
What are the objectives of Digital India?

Answer:
The government of India wanted the rural public to make use of the internet and offer them access to various government services online.

Following are the main objectives of digital India:

Question 2.
What are the nine pillars of digital India?

Answer:
The Nine Pillars of Digital India are as follows

Question 3.
How has digital India helpful in removing black money from the country?

Answer:
Because of digital India, all online transactions can be monitored easily. As every payment made by any customer to any merchant is recorded, there will be no illegal transactions and it’ll be impossible for people to make money. By using cashless transactions that are digital payments the government can efficiently lower the black economy.

Another big advantage of digital India is that as the transactions are recorded, transactions get digitized, monitoring the sales and taxes becomes much more convenient. Customers will now get a compulsory bill for every purchase they make so that merchants can now no longer escape from paying tax to the government. This results in increases of revenue of the government which will increase the overall financial status of the country.