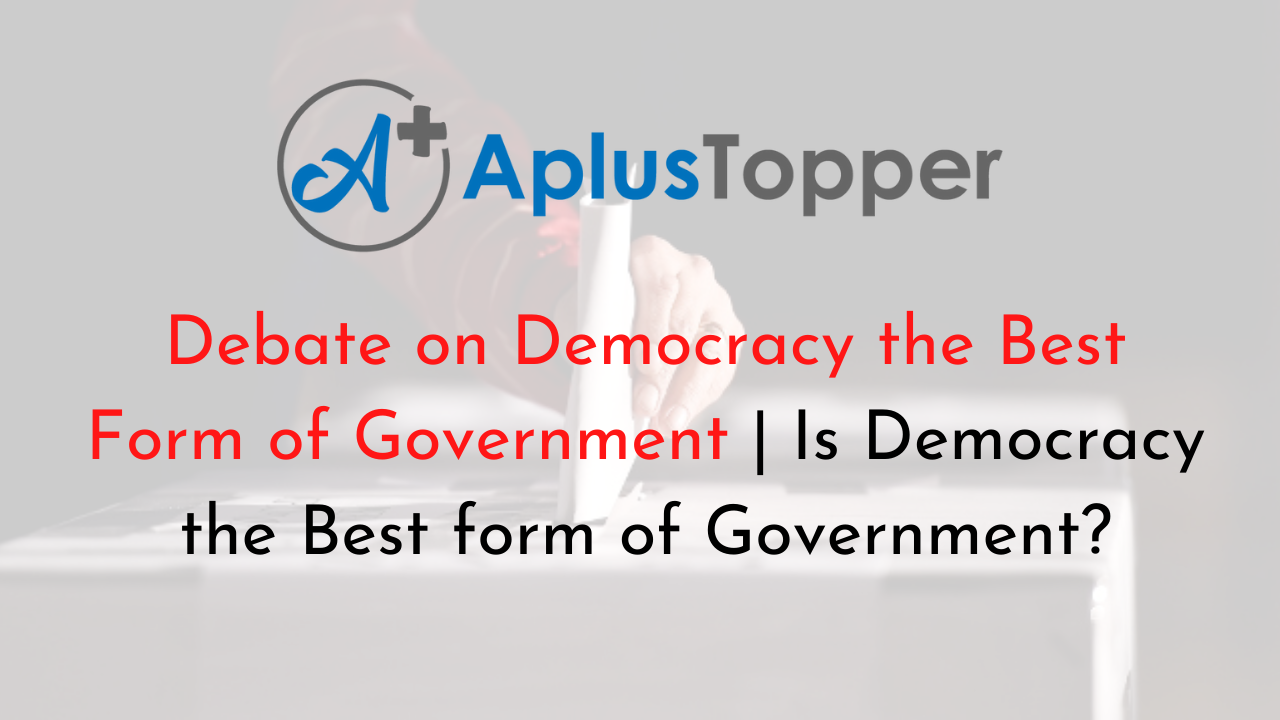 Is Democracy the best form of Government?

Yes, Democracy is the best form of government because it enhances the dignity of the people, improves the quality of decision-making, and provides a method to resolve conflicts.

Debate on Democracy is the best form of Government

In the Debate on Democracy is the best form of Government, let us cover these points in detail.

Countries around the world embraced democracy in the 20th century, most notably after World War I and World War II. Prior to this, countries were ruled by oligarchies, monarchies, and self-appointed autocratic leaders. During World War II, the world saw the drawbacks of fascism and fascist leaders like Adolf Hitler and Benito Mussolini. Democracy was supported because it allowed people to choose representatives on their own. Democracy was seen as a way to make sure no one person had too much power so there is no corruption and inequality caused by the rule of few.

Before democracy, few people had the power to use their economic influence or give large rewards to those who followed their lead.

A free market allowed more people to improve their status and the economic boom that occurred after World War II created favorable conditions for democracies that were born out of former dictatorships, autocracies, and monarchies.

In fascist regimes, people who criticized leaders and rulers or spoke against them were often punished, and many critics were tortured or executed. But it allows people to speak freely and allows them to criticize leaders they feel might not be doing what the public wants.

Debate on Democracy is the best form of Government, points out that Democracy respects human rights. Democratic leaders cannot solely make unilateral decisions. But must walk with other branches of government too. This shows how democratic governments are transparent about their work.

In my Debate On Democracy is the best form of Government I want to highlight another common argument for democracy is that it allows citizens to be empowered to elect their representatives, which means that everyone is considered more important and treated equally. Elections are also a way by which leaders know that there are limits to their power.

Democracies allow citizens to explore various points of view before making their choice. Candidates, citizens, and stakeholders must have a proper debate about why they would better represent the people that elect them. People have to accept the results of an election, even if the candidate that won is not the one they chose.Transparency in elections is also meant to promote peace.

In a democratic government when a decision is taken it involves more people, several discussions, consultation & meetings. It improves the quality of decision-making. In a diverse society, like India, people are bound to have differences of opinions and interests. To figure out these differences, democracy is the only known solution as there is no permanent winner and no permanent loser.

In a democracy, mistakes are bound to happen like in any other form of government, but it can’t be hidden for a long time. Public discussions and corrections always have space in democratic government. Either the rulers have to change their decisions or the rulers will be changed by the people. Hence it allows us to correct our mistakes. 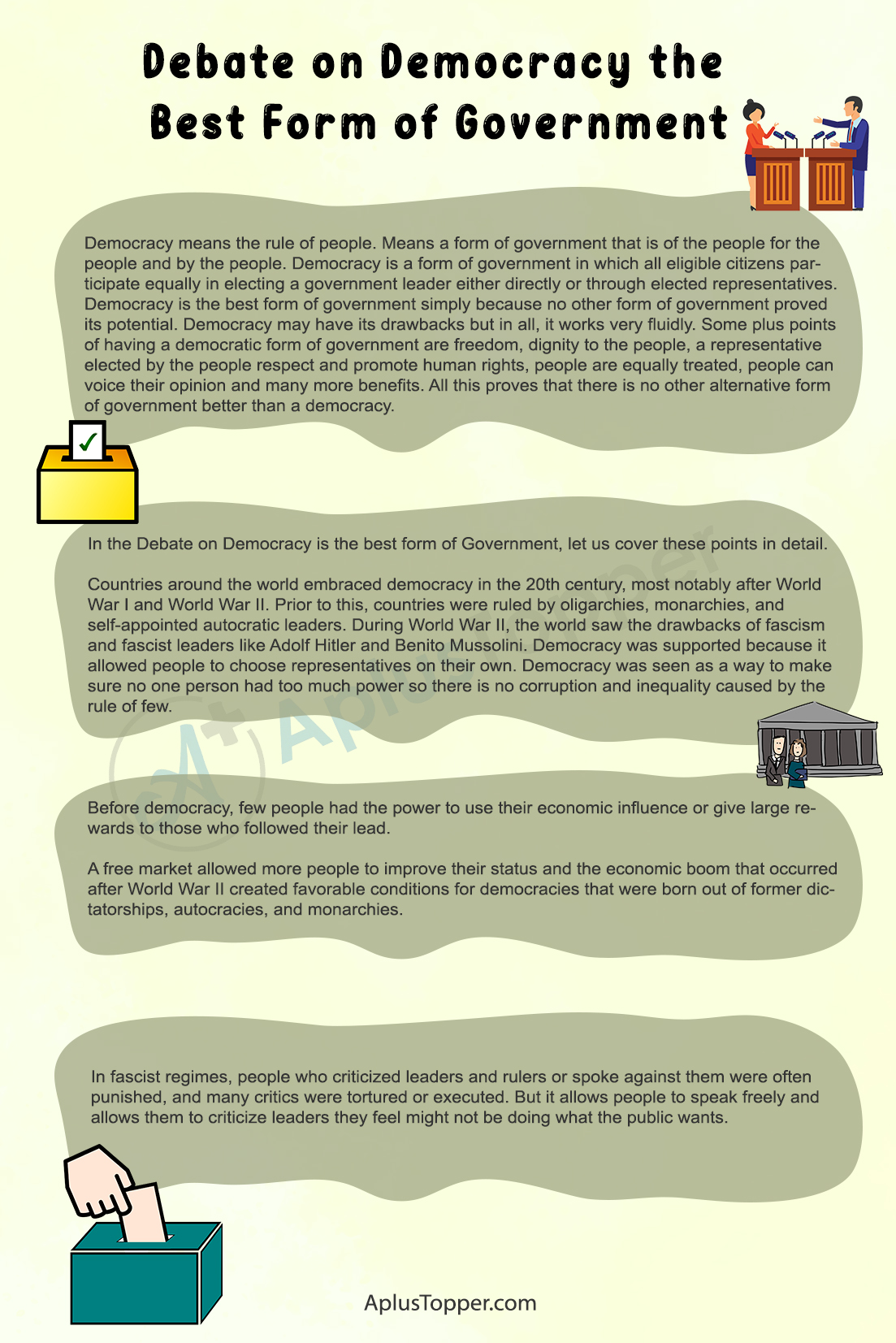 FAQ’s on Debate on Democracy the Best Form of Government

Question 1.
Why is democracy the best form of government?

Answer:
Democracy is the best form of government because of the following reasons

Question 2.
Why do we need Democracy?

Answer:
We need Democracy as it ensures the proper functioning of the government. People collectively discuss and make decisions and this improves the quality of decision making. Democracy provides a solution to any problems because decisions that are taken by mutual consent are followed and respected by all. As there is a space for public discussions, mistakes cannot remain hidden from the people for long. If the representatives of the people do not change their incorrect decisions, they may not get elected by the people next

Question 3.
What are the advantages of a Democratic Government?

Answer:
Advantages of Democratic Government are: