What is a Bar Graph in Statistics 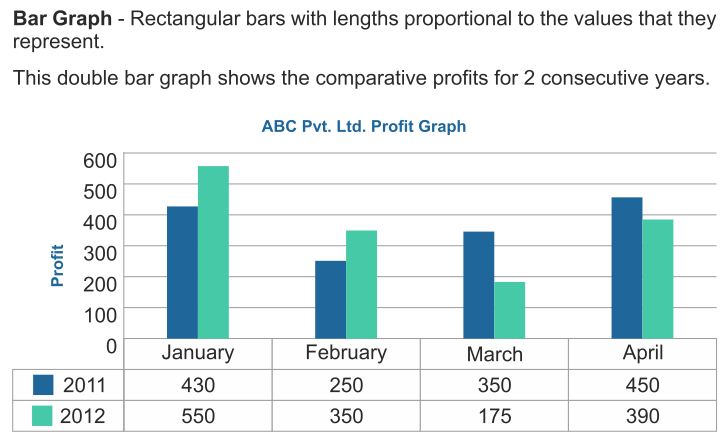 Bar graph (diagram) of a data
A bar graph (diagram) is a pictorial representation of the data by a series of bars or rectangles of uniform width standing on the same horizontal (or vertical) base line with equal spacing between the bars. Each rectangle or bar represents only one numerical value of the data. The height (or length in case the base is on a vertical line) of each bar is proportional to the numerical values of the data.
For example, we are given a data about the household expenditure of a family as below :

We draw the bar graph for the above data as below: 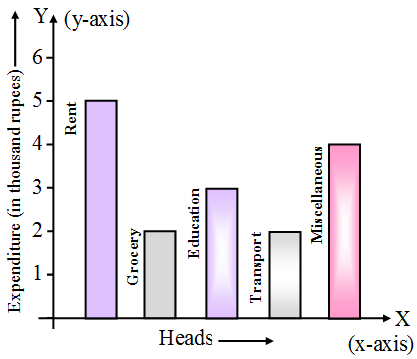 The horizontal axis is generally called x-axis and the vertical axis as the y-axis.

Example 1:    In figure, the bar diagram presents the expenditure (in proportionate figures) on five different sports. If the total expenditure incurred on all the sports in a particular year be 2,00,000, then find the amount spent
(i) on hockey
(ii) on cricket 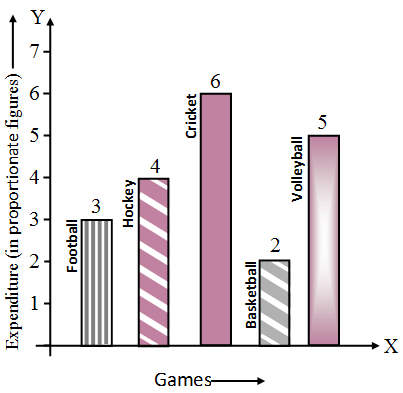 Example 2:   Compare the academic standard of two classes A and B each of 40 students on the basis of the following data by making bar diagram. 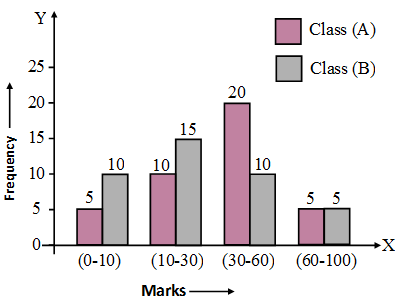 Example 3:   Read the bar graph in figure and answer the following : 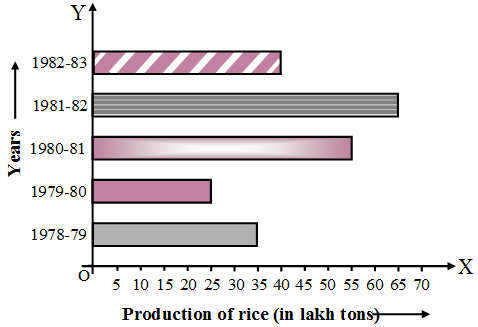 (i)   What information is given by the bar graph ?
(ii)  What was the quantity of rice production in the year 1980-81.
(iii) What is the difference between the maximum and minimum production of rice in the time span of 1978-1983.