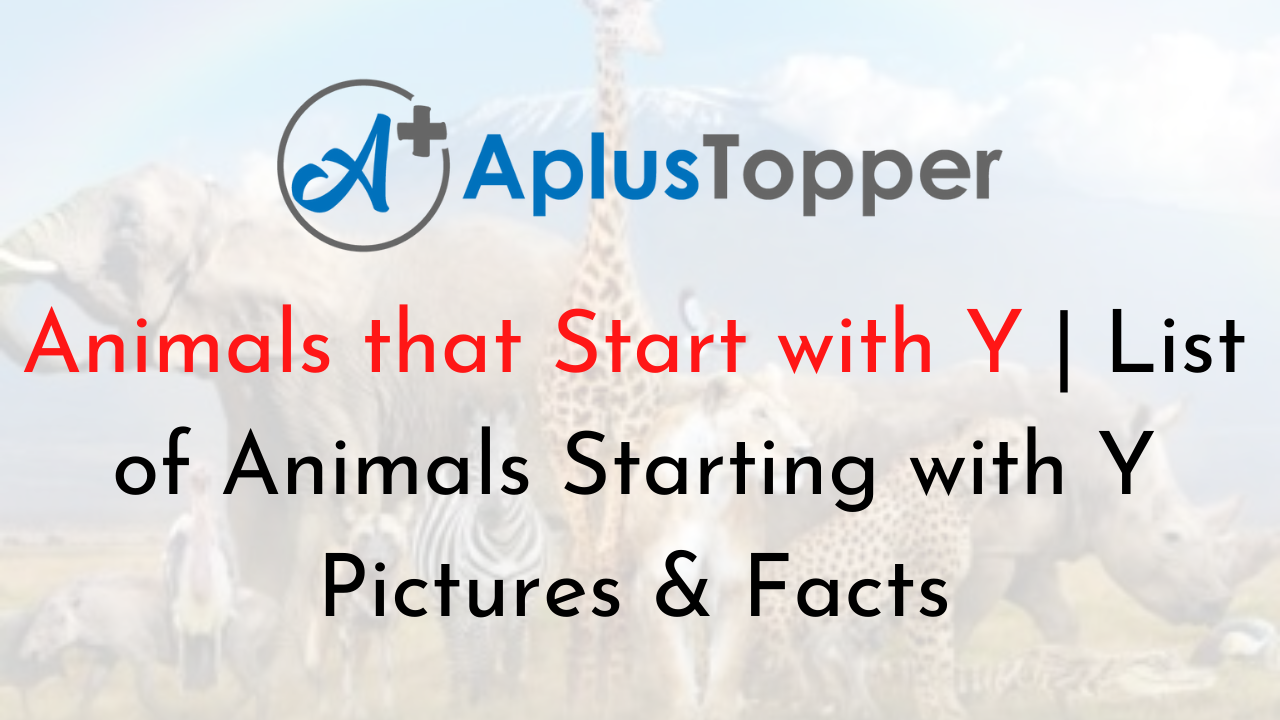 Animals that start with Y: How many animals do you know with a name which starts with the alphabet Y? If you don’t know many, there is no need to worry since we have included a list of animals worldwide whose names start with Y. We can find these animals on all the continents, and we have included an interesting fact for each animal for your interest and knowledge. Some of these are animals, while some are the names of species.

Name of Animals Whose Name Starts With Y

List of Animal Names With Letter Y At The Start

It is a freshwater crayfish that we often catch for food from dams, ponds, lakes throughout eastern Australia. They look similar to lobsters but are smaller.

These are the highest dwelling mammals in the world and have more than one stomach to digest their plant foods. They have a heavily furry coat to counteract the cold weather on the mountains.

They reside on treeless grasslands and live like other rodents. They continuously gnaw their front teeth to file them down.

These carnivores live in the southern African countries and feed on insects, eggs, reptiles, etc.

It’s a species of antelope that resides in different parts of Africa. They are named after the yellow patch of fur on their backs.

It is a ground squirrel that lives in parts of the United States, typically near Canada, in the mountainous regions. They are commonly called rock chunks.

It is found in Asian countries such as China, Vietnam and Thailand. They have a yellow underbelly which is why they are named after them.

It is one of the rarest species of penguins on earth, and they are also the fourth-longest ones.

These marsupials are like rats, and the young ones live in a pouch belonging to their mother.

These animals look like large rodents. They have legs designed such that they can jump a long distance. They are nocturnal and like in the rocks and crevices of hills.

These are species of mice that live in the mountainous regions of Europe. They have a yellow band along their neck, and they are named based on it. 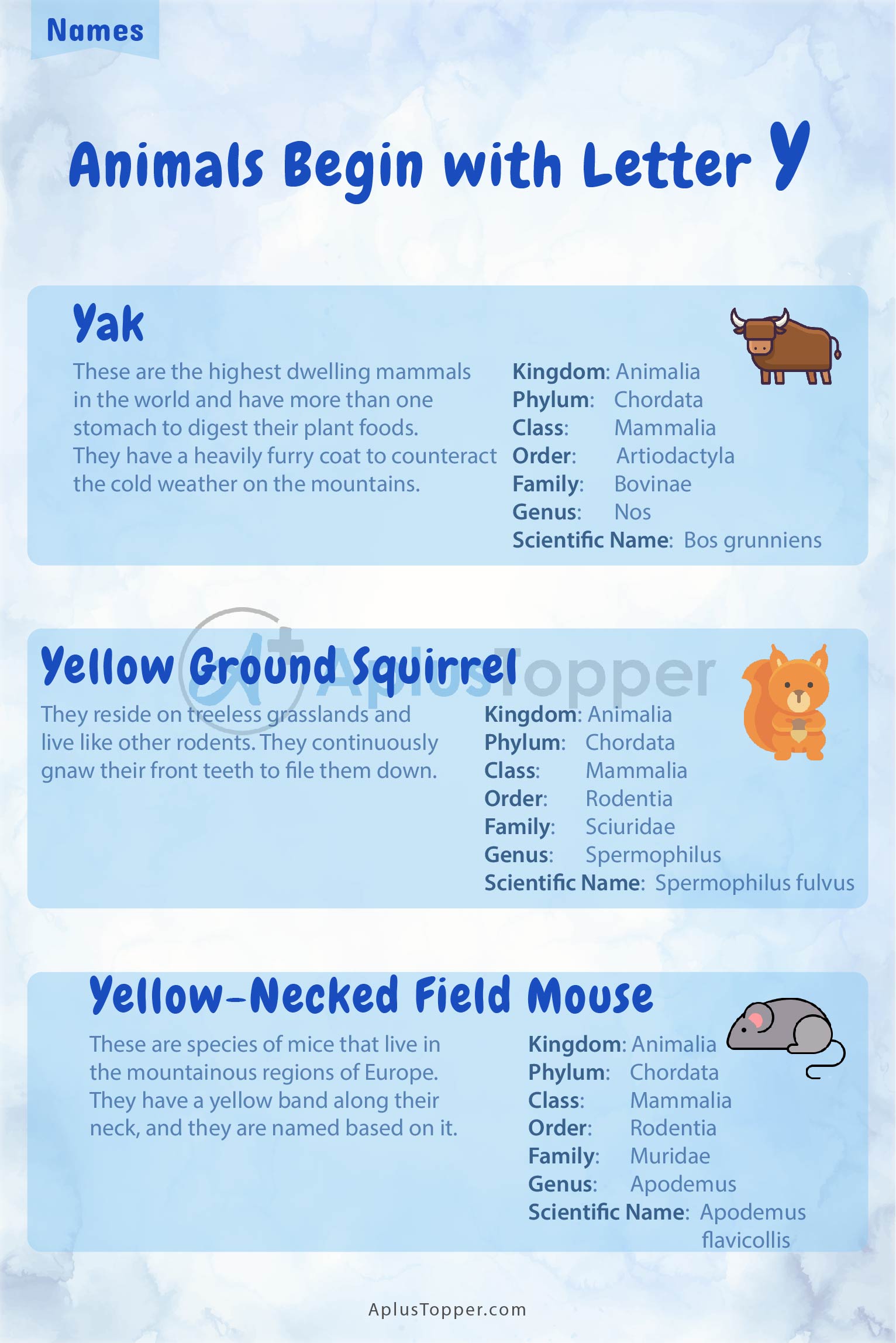 These belong to the same group as hamsters, and they are a part of the second-largest mammal family in the world.

These are a species of rodents and are found in the Northern part of America.

It has a wide distribution and is the largest marten in the old world with a long tail. These eat fruits, nectar, and small animals.

It is a yellow coloured false vampire bat found in central Africa.

It is a tree squirrel found in the Yucatan peninsula of south eastern Mexico.

It is a species of vesper bat native to Northern America.

It is a passerine bird native to Eurasia and introduced to New Zealand and Australia. It is migratory and has a common yellow pattern on its back.

It is a predatory species of wasp common in Northern America for its predatory powers. They have distinctive markings on its body.

It is a tuna found in the tropical and subtropical oceans around the world.

These are reindeer dogs or working dogs that serve as a hunter dog, sledge dog, herder’s dog etc. they are names after a Russian term.

These are a crustacean in the South Pacific Ocean. They have a covering similar to fur and large claws. 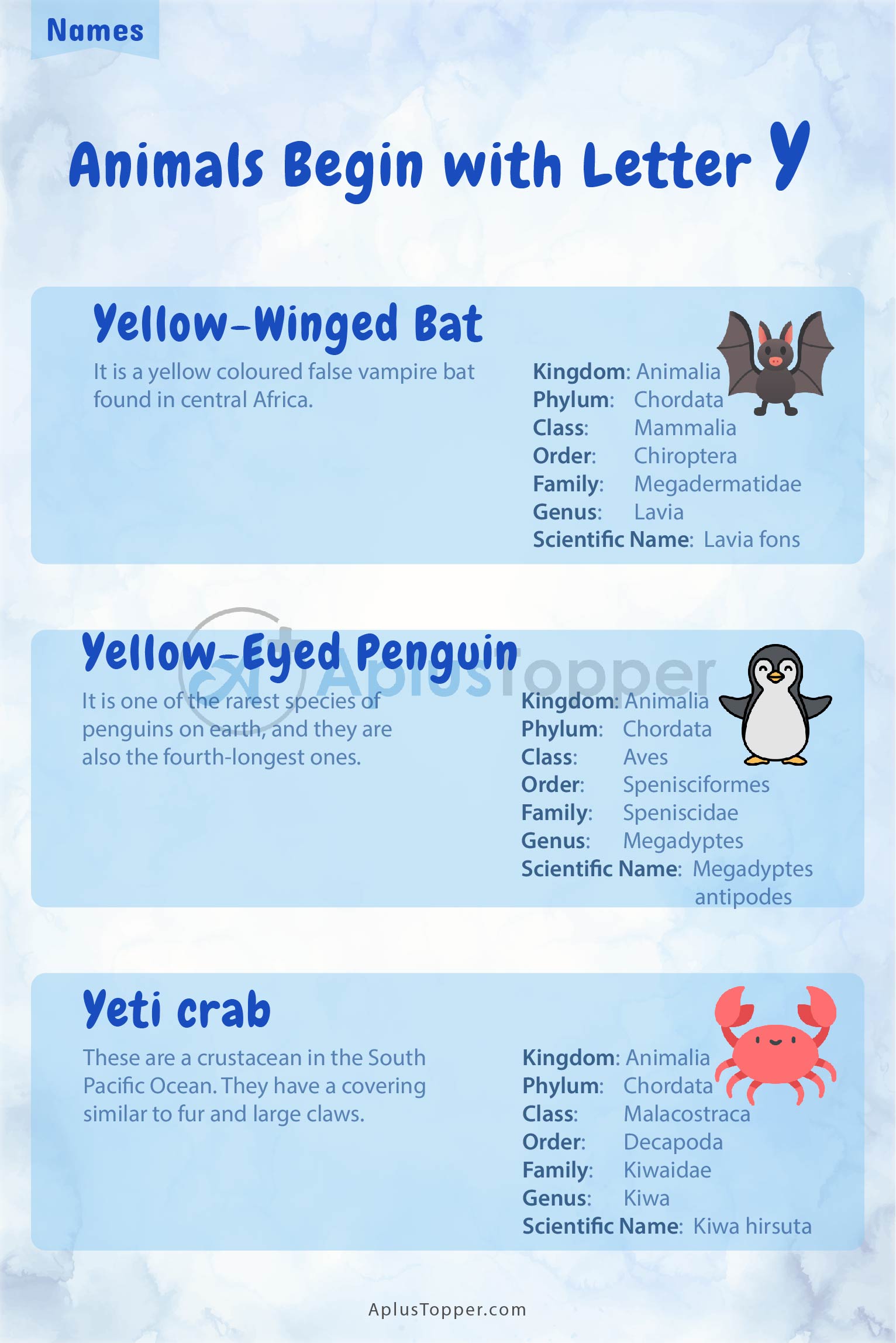 These are dog breeds that are amazing pets. They are great with children.

These are a dog breed that comes in grey, black, golden and dark brown. These are cute pets.

These dog breeds are hybrids of poodles and the Yorkie. They are cute pets and are curious about their surroundings.

These are some of the smallest breeds of dogs. They are also called Yorkie for short. They have a long coat of fur and are cute pets.