Animals that Start with J: When looking through the list of animals existing on earth, we might find ourselves lost in their diversity. All animals on earth have their sole purpose in balancing the ecosystem, and at some point, we may need knowledge about their life.

To make this process more easier and better at navigability, we have compiled all of these animals alphabetically for your increased convenience.

We have developed a list of animals found on earth whose name begins with ‘J’ for this article.

Name of Animals Whose Name Starts with J

List of Animal Names With Letter J At The Start

They are a native American Wild Cat species. They are found in the southern parts of Northern Mexico, South America, and parts of the Andes. They have slender built, long-tailed, and are bigger than other mountain cat species. They can live for around 15 years of age and weigh up to 7 kg.

They are native to Americans. They are from the panther family and have a very distinct design on their fur coat, which helps us tell them apart from others of their kind. They have strong teeth and a bone-crushing bite. They can go up to 75 cm in height and up to 158 kg in weight.

They are an Arctic seabird species found in Germany. They are commonly known as Parasitic Jaeger or Arctic Jaeger. They are predatory birds and are 41 to 50 cm in length and 300 to 650 g in weight.

They are the smallest and only members of the Lymnocryptes genus. They have a very dull mixture of colors that helps them camouflage while hunting. Their length is about 18 to 25 cm, and their weight is about 33 to 73 g.

They are from the terrier family. They are smaller compared to other Terriers and have smooth, rough coats and short legs. They do not have a specific color pattern. They range between 25 to 38 cm in length and less than 7 kg in weight.

They are a famous hare breed of the western US and Mexico. They are also called American Desert Hare and are distinguishable due to their black tails. They have a length of 61 cm and weigh up to 2.7 kg. They have big ears and breed throughout the year.

They are an omnivorous species, similar to dogs and wolves. They are medium-sized and can run at 16kmph speed. They are found in small packs or pairs.

They are a bird species of Africa. They are mostly seen around lakes and swamps and can be distinguished due to their long toes and claws, with white feathers in their neck and head. They go up to 30 cm in length and are chestnut-colored, with a black stripe running around their head.

They are a bird species found in the lowlands of South and Central America. They are small and similar to puffbirds. They have long elegant tail feathers and a sharp beak. They weigh about 75 g.

They are a stork species found in Paraguay, Brazil, Texas, Argentina, and East Chaco. They are known for their unique morphology, which makes their black neck appear swollen. They are flightless and 120 to 140 cm lengthwise, and around 9 kg in weight.

They are a pig breed of the Java and Bawean Islands of Indonesia. They are referred to as the Javan warty pig and are listed as endangered. They have pairs of warts on their face, ears, and canines. They have coarse hair and weigh up to 239 lb.

They are a monkey species of the Indonesian Islands. They have brownish sideburns and overall brownish to orangish hair. They have a long tail that expands their length up to 98 cm. Their actual body length is about 33 cm. They eat wild fruits, flower buds, and insects and live in large groups.

They are a squirrel species of Japan, found in the cold islands of Kyushu Honshu and Shikoku. They live in trees and feed on walnuts. They are small and have fluffy tails.

They are a mole breed found in Japan and Ares of Eastern Asia. They are also known as Temminck’s mole. They live on their own, and they can live for more than three years in the woods. 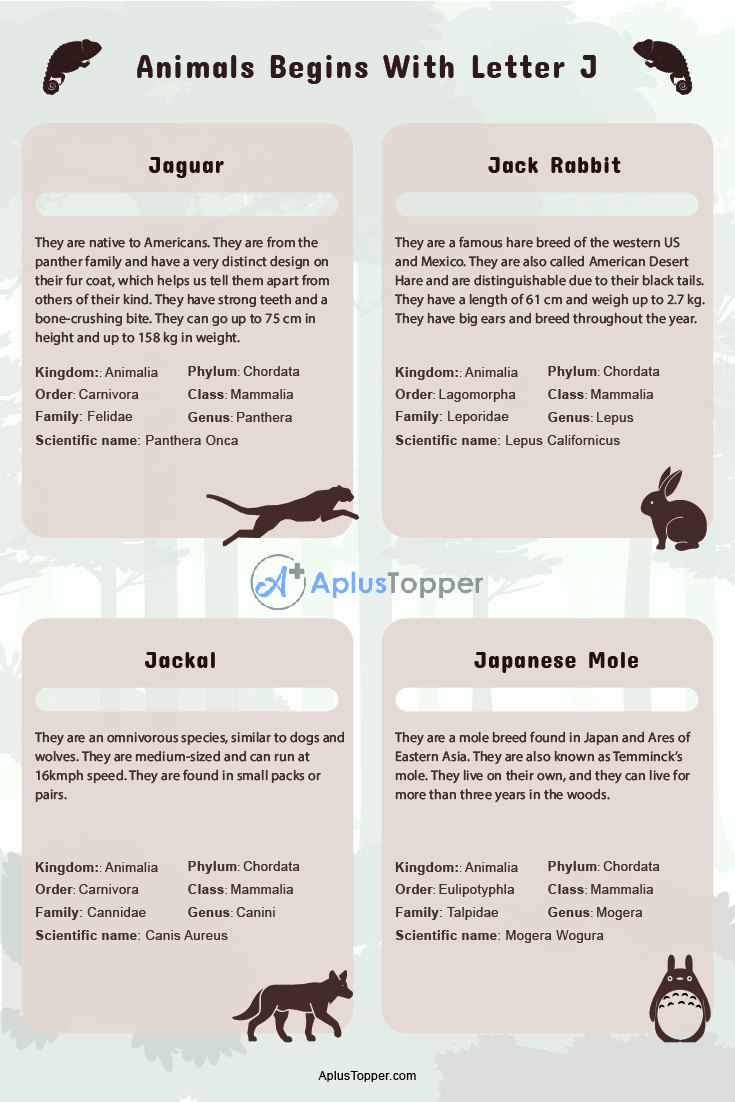 They are a monkey species of Japan. They are white to cream-haired and also known as snow monkeys. In native Japanese, they are called Nihonzaru. They have a weight of 8 to 11 kg and move in groups.

They are a Japanese rabbit breed found around the western coast and Sado islands. They have smaller ears compared to other hare breeds and are short-haired. They are 54 cm in length and 2.5 kg in weight.

They are a dog species of Japan. They are also called the Japanese Spaniel. They are domestic dogs and are initially from China. They are around 27 cm in length and go up to 1.4 kg. They have a unique pattern of black and white fur.

They are a bird species of the crow family. They are found in America, and the Blue Jay of Eurasia is closely related to them. They have a small slim body and have a swift motion.

They are an oriental cat species of North America. They have long hair compared to other cats and are known to be a stand-alone breed. They have pale bodies and dark faces.

They are a treeshrew species found in Indonesia and Sumatra islands. They are also located in the forests of Bali, Nias, and Java.

They are a bat species found in the Indonesian Islands of Kangra, Java, and Nusa Peninsula. They can be found in Western Timor. They are a threatened species with a decreasing population and live in tree hollows in small groups. They are protected in the Gunung Pangaro areas.

They are a rhinoceros species of the rhino family. They have thick and rough skin. They are one-horned and can be found in the Islands of Java and Sumatra, South-Eastern Asia, India, and China. They are grazing animals found primarily in grasslands and floodplains due to plants being their food source.

They are a pipistrelle species of Southern and South-Eastern Asia. They can be found across Bangladesh, Cambodia, Afghanistan, Indonesia, India, Myanmar, Nepal, Malaysia, Philippines, Pakistan, etc. They are herbivores and live on trees.

They are a European Rodent breed. They are spread across Eurasia and live in shallow, fallow lands. Their reproduction rate is faster in natural habitats, and they give birth to up to 8 offspring. They weigh around 42 to 51 g.

They are squirrel species found in South and Central Peru and eastern parts of the Andes. They live in small groups and are very territorial m; they have a fluffy tail and are usually seen in dark brown colored hair.

They are a mouse species found in regions of Peru. They live in fields of grass and are classified under the rodent category of the Cricetidae family.

They are shrew species of native Sri Lanka. They are usually found in tropical vegetation and fall under class Mammalia. They have gray hair on their upper abdomen and lighter hair below. They are short-tailed and frequently have a white tip.

They are another species of Squirrel of India. They are called Western Ghat Squirrels or Jungle striped Squirrels. They have a small, soft body and live in small groups on trees and the West Coast forests of India. They feed on fruits and other small plants and nuts of the region.

They are under the class of Aves. They are a breed of fowl found across India, Sri Lanka, Bangladesh, and parts of South-Eastern Asia. The males of their breed have colorful feathers. They have social hierarchies and are related to domesticated chicken. 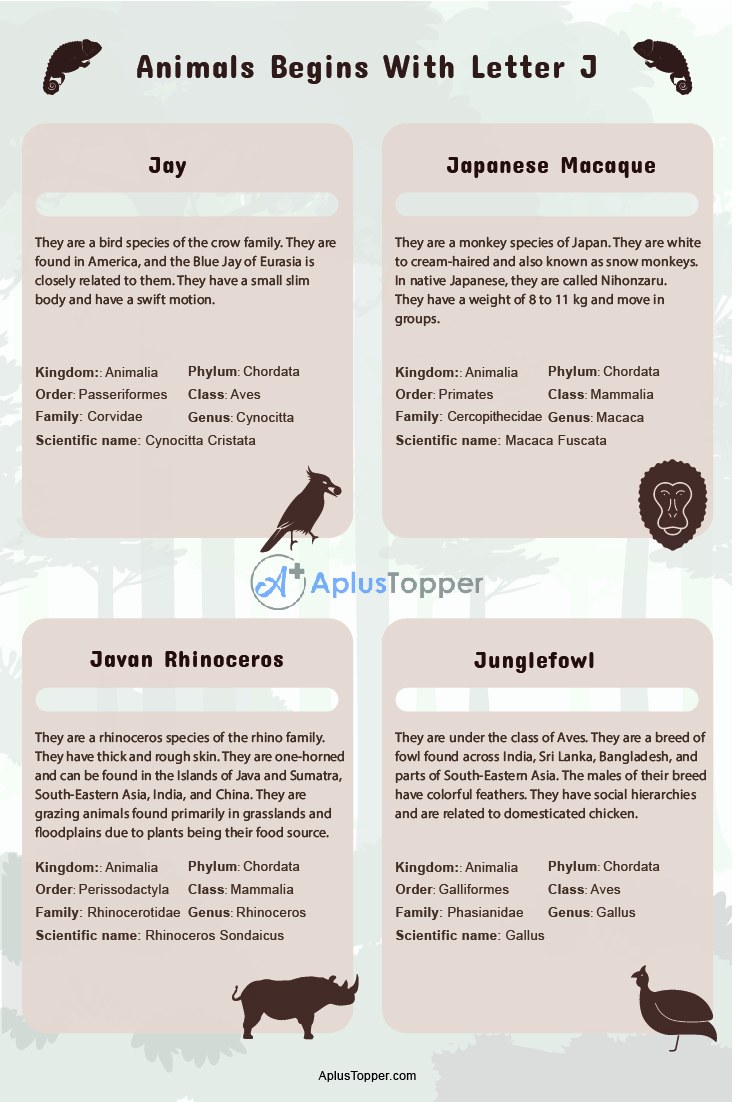 They are a cat species found across South-Eastern Asia, Middle Eastern regions, Caucasus and South China. They are found near wetlands, coastal plains, and swamps. They have a dull greyish color and hunt birds and small mammals. They are territorial and mature after one year of birth.

They are a bird species of North America. One can spot them in regions of Mexico, South America, Panama in the mountains. They feed on seeds and insects. They are small and migrate to short distances avoiding bitter winters.

They are a spider species of the Arthropoda phylum. They are hairy with a well-developed tracheal system and lungs. They jump to hunt prey and have a unique four-eye pattern.

They are a deep ocean fish breed found in New Zealand. They have an olive to the yellowish body with darker spots. They have long and spined dorsal fins and are slim, with a largemouth.

They are a type of rodent species of Mexican origin. They live in their natural habitat in subtropical and tropical regions and wet forests or lowlands.

They are a rodent species of Asia and North Africa. They are found in desert regions and can run up to 24 kmph. They prey on baby owls and other smaller birds and have extraordinary hearing abilities.

They are a type of deep ocean fish also called sea jellies. They have an umbrella-shaped head with tentacles and have good locomotive abilities. They have a highly complicated life cycle and are found in large groups of various colors in coastal zones. 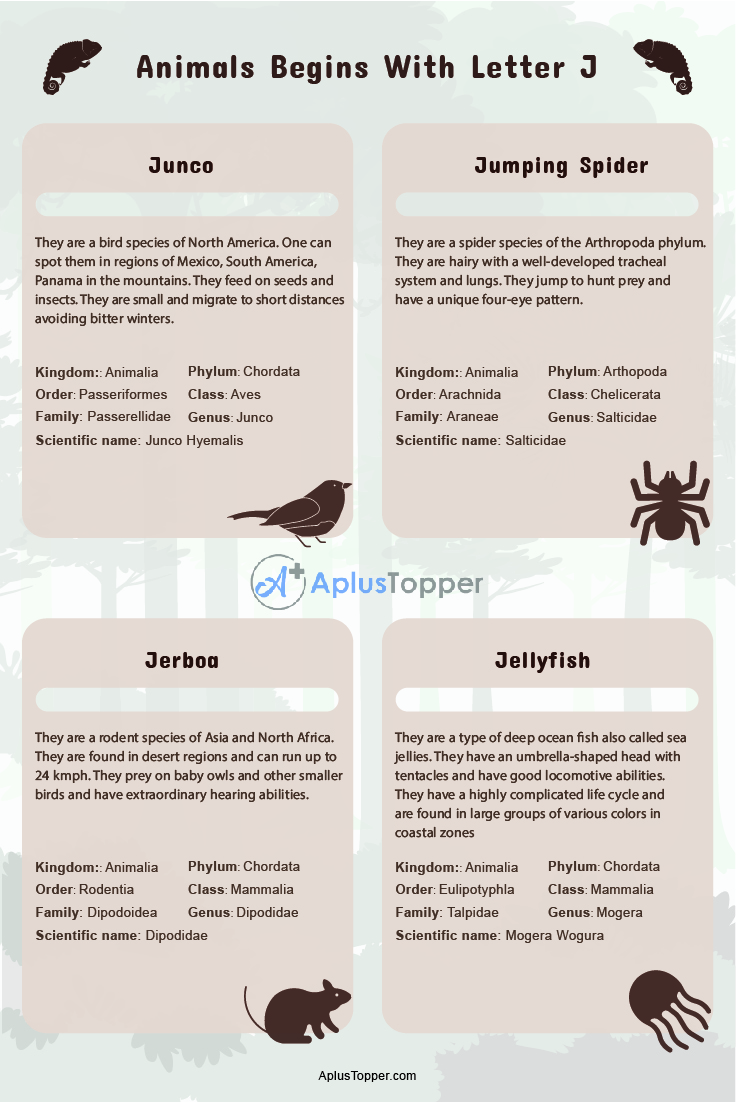