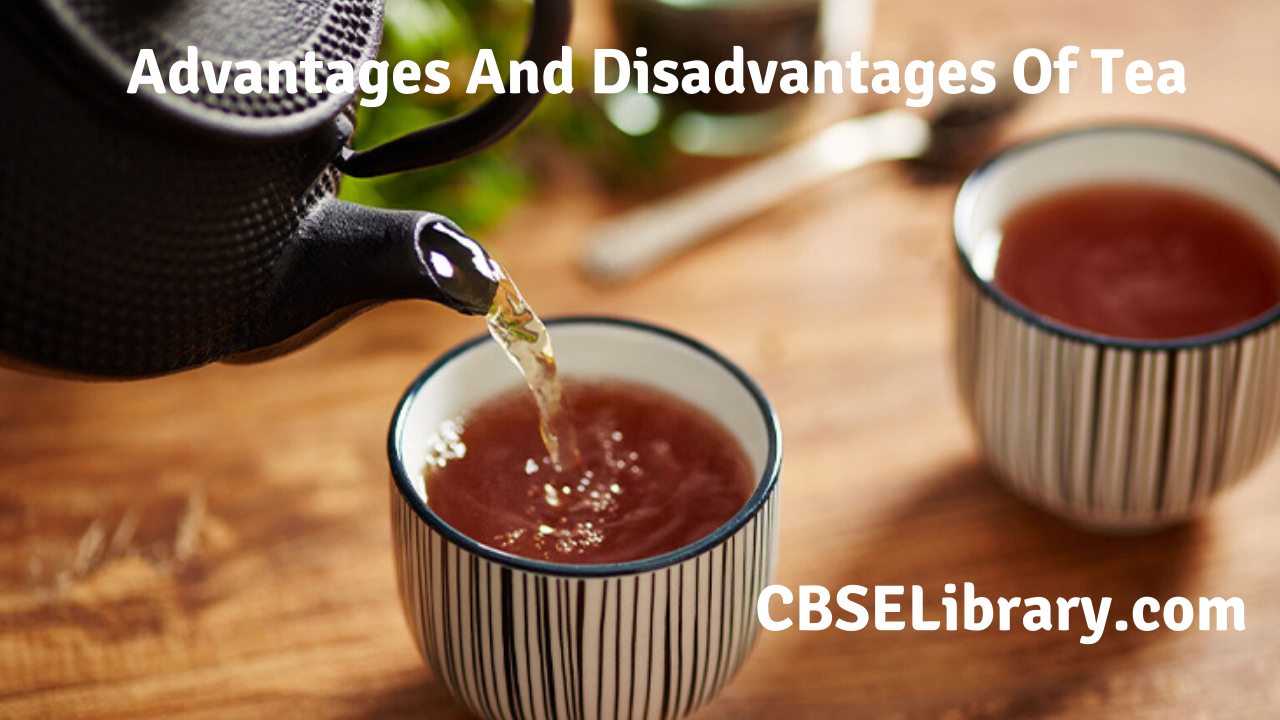 Advantages And Disadvantages of Tea: Tea is a beverage made from steeping tea leaves or tea buds in hot water often with milk, sugar, or both. Furthermore, it is a popular drink that is consumed all around the world. Tea, as an actual beverage, was discovered sometime in the 2nd century BC. It is believed that tea originated from China, though some sources now speculate that it may have emerged in either Nepal, India or Sri Lanka. Eventually, tea spread to other parts of Asia over time. In Europe, tea was brought by Dutch traders who were stationed on the island of Java (in Indonesia).

Interestingly, Europeans were very interested in tea because they thought that it could cure diseases such as scurvy or malaria. Today, there are many different types of tea. Some of the most popular varieties of tea include black tea, white tea, green tea, and oolong. White tea is made from a dried leaf called Camellia sinensis that is dried. However, the type of tea that you are most likely to drink with your breakfast or in the afternoon for a pick-me-up is the black tea. Green tea is made from leaves that are not oxidised before drying and has many health benefits that black or white tea does not. Oolong falls somewhere between black and green teas in terms of its oxidation level.  In this article, we shall find out the advantages and disadvantages of tea, and how it has impacted various cultures around the world.

Tea is the world’s most popular beverage, with over three billion cups consumed every day. It offers many benefits, including being a natural digestive aid and helping to lower blood pressure. Tea also has antioxidant properties that may help prevent cancer and other related illnesses. Other advantages of tea are as follows:

As discussed, tea has a lot of advantages, but it is not without its downfall. Following are the disadvantages of tea: 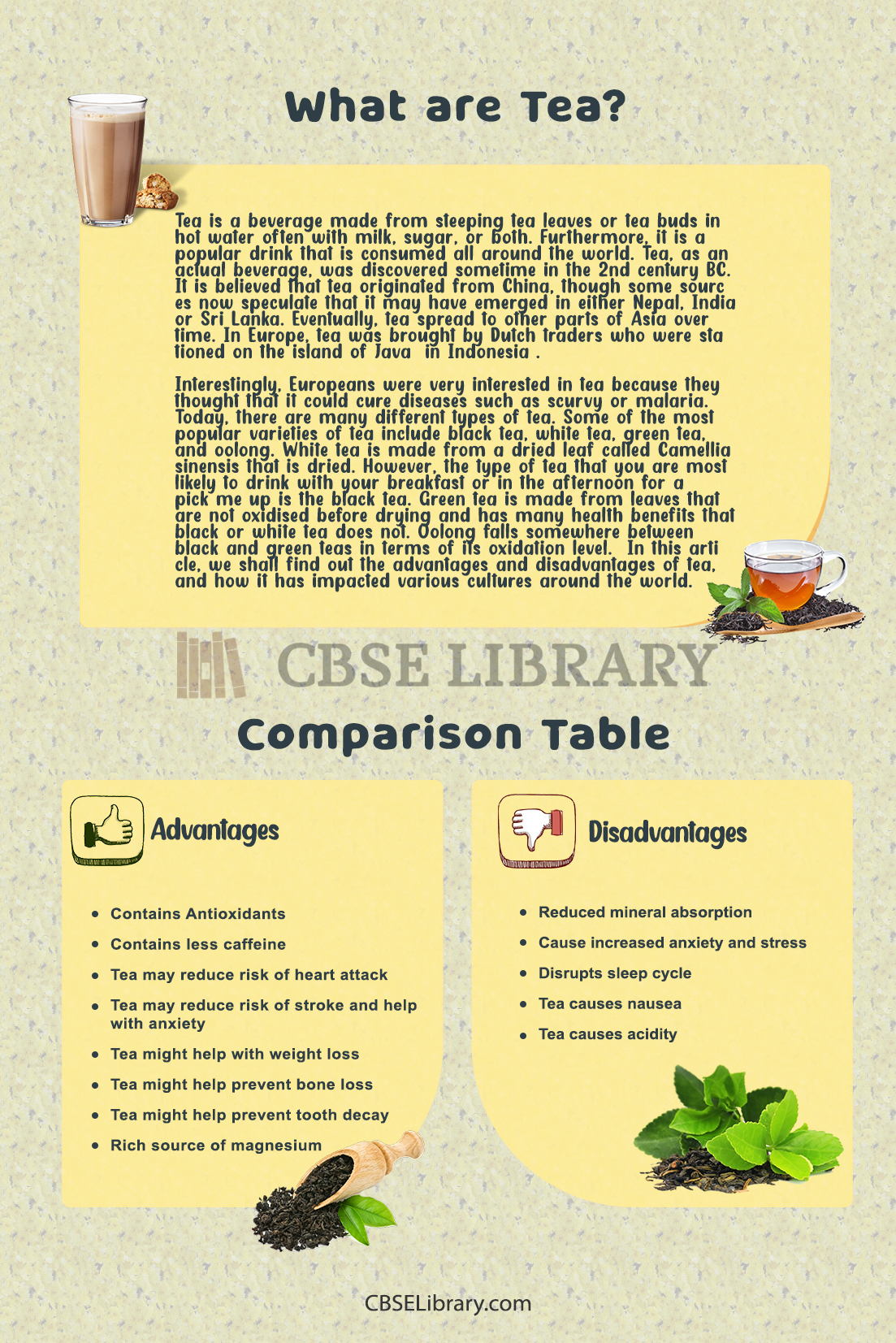 Comparison Table for Advantages and Disadvantages of Tea

Following are the advantages and disadvantages of Tea:

Conclusion on Tea – Advantages And Disadvantages

Tea is a very popular drink around the world. People drink it to stay hydrated and enjoy its various flavours. It has been shown to have many benefits such as lowering the risk of heart disease, boosting brain activity, and protecting against some cancers. However, it can also lead to anxiety, high blood pressure and other unpleasant side effects if consumed in large quantities. FAQs on Advantages And Disadvantages of Tea

Question 1.
What is Tea?

Answer:
Tea is made from the dried leaves and buds of the Camellia sinensis plant. It contains caffeine, which makes it a stimulant, but not as strong as caffeinated drinks such as coffee. Tea is drunk all over the world, with many varieties such as black, green, oolong, yellow, and white.

Question 2.
What are the advantages and disadvantages of Tea?

Answer:
There are many health benefits to drinking tea. Tea contains antioxidants, which help cleanse the body of toxins and give your immune system a boost. Tea also has a calming effect on the brain and helps reduce anxiety. One major disadvantage of tea is that it generally contains caffeine and this can lead to a dependency – or even an addiction.

Question 3.
Why is Tea important?

Answer:
Tea is an important part of many cultures. It has been around for centuries and is thought to have many health benefits, such as reducing cholesterol as well as controlling anxiety. Tea is also a huge part of Indian culture. One of the most popular styles of tea is Masala Chai. Masala Chai is prepared with a blend of herbs, spices, and milk.