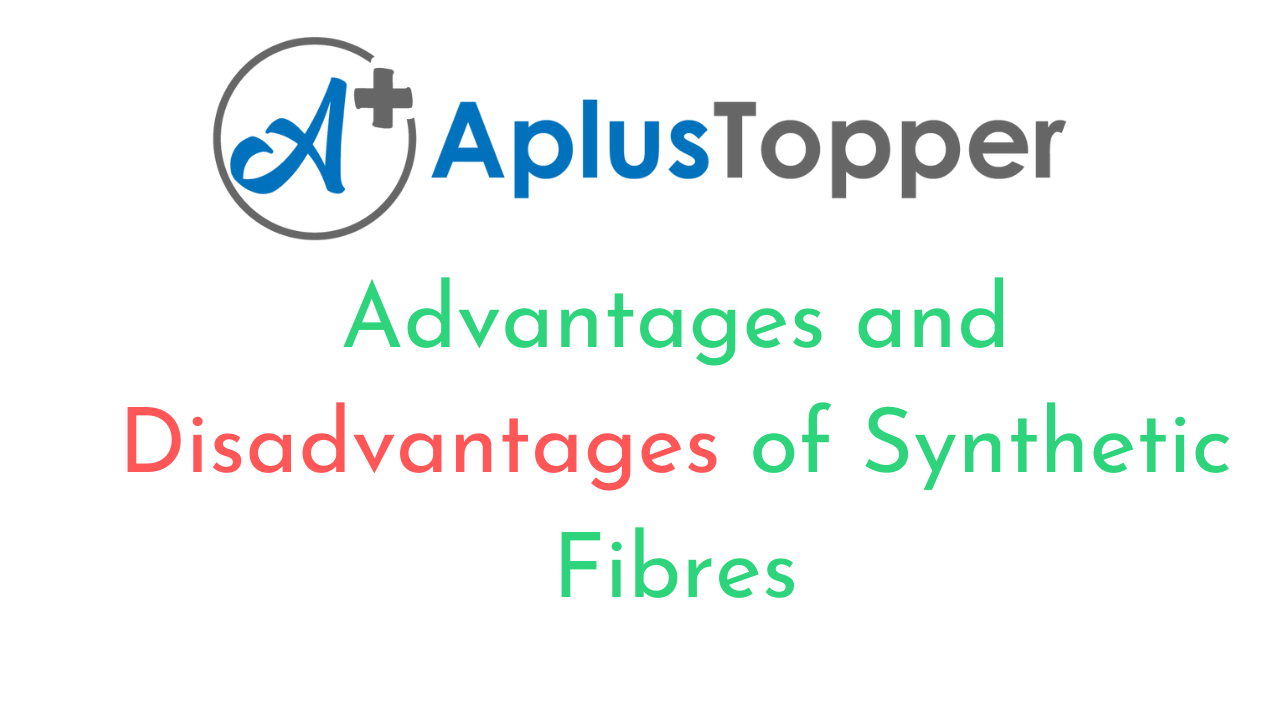 Synthetic fibres are derived from compounds such as petrochemicals or petroleum-based chemicals which are then polymerised into chemicals that bond with two adjoining carbon atoms. To produce different types of synthetic fibres, varying chemicals compounds are used.

There are four types of artificial fibres that dominate the market- Polyester, Polyolefin, Nylon, and Acrylic.

Synthetic Fibres are preferred over Natural Fibres as the fabrics made up of artificial fibres are more durable and absorb very less water thus making them able to dry quickly. In addition, these fibres are comparatively more durable than their counterpart i.e., natural fibres, and are less expensive as well. The advent of synthetic fibres revolutionised the fabric industry as they were easier to maintain and were readily available in the market.

Synthetic fibres are also known as man-made or artificial fibres and thus have many benefits in daily use fabrics due to their modest price at the same time being able to resist water and stains.

Cost-effective: Most of the natural fibres are surpassingly expensive, especially if purchased in their pure form, whereas synthetic fibres provide with a cheap alternative. These fibres are altogether an interpretation of natural fabrics such as silk and wool.

Waterproof and water-resistant: Although there are natural fibres available in the market that offers water resistance up to a certain level, some synthetic fibres are developed such that they offer complete resistance towards the water. These synthetic fibres prove to be an exemplary choice as rain gears and perfect outdoor wear.

Although the fabrics made from synthetic fibres are preferred over fabrics that are made of natural fibres, there are many disadvantages to them with most of them being related to their low melting points.

Poor Insulation: Due to the inability of synthetic fibres to trap air pockets they are unable to retain body heat thus making them a poor choice for winter wears. The ability to trap air in natural fibres makes them the best choice as winter fabrics as they provide greater heat insulation.

Prone to Burning: Synthetic fibres are very risky when near fire, as they easily catch fire and are more prone to damage by heat such as hot washing or hot ironing. They should not be subjected to heat beyond a certain level as they tend to melt relatively easily.

Harsh to skin: People are often found to be dissatisfied with the comfort provided by synthetic fibres as they are harsh to skin and can cause skin irritation, this usually happens if the fabric obtained from the synthetic fibre is of low-grade quality.

Less environment friendly: Synthetic materials that are by-products of petroleum are non-biodegradable in nature and some of the synthetic products take a long time to decompose resulting in long-term pollution. Nylon is the best example of such type of fibre as they are hard to decompose and accumulates in landfills and especially the nylon wires used in flying kites are a real menace to animals and birds as they get entangled in them. Comparison Table for Advantages and Disadvantages of Synthetic Fibres 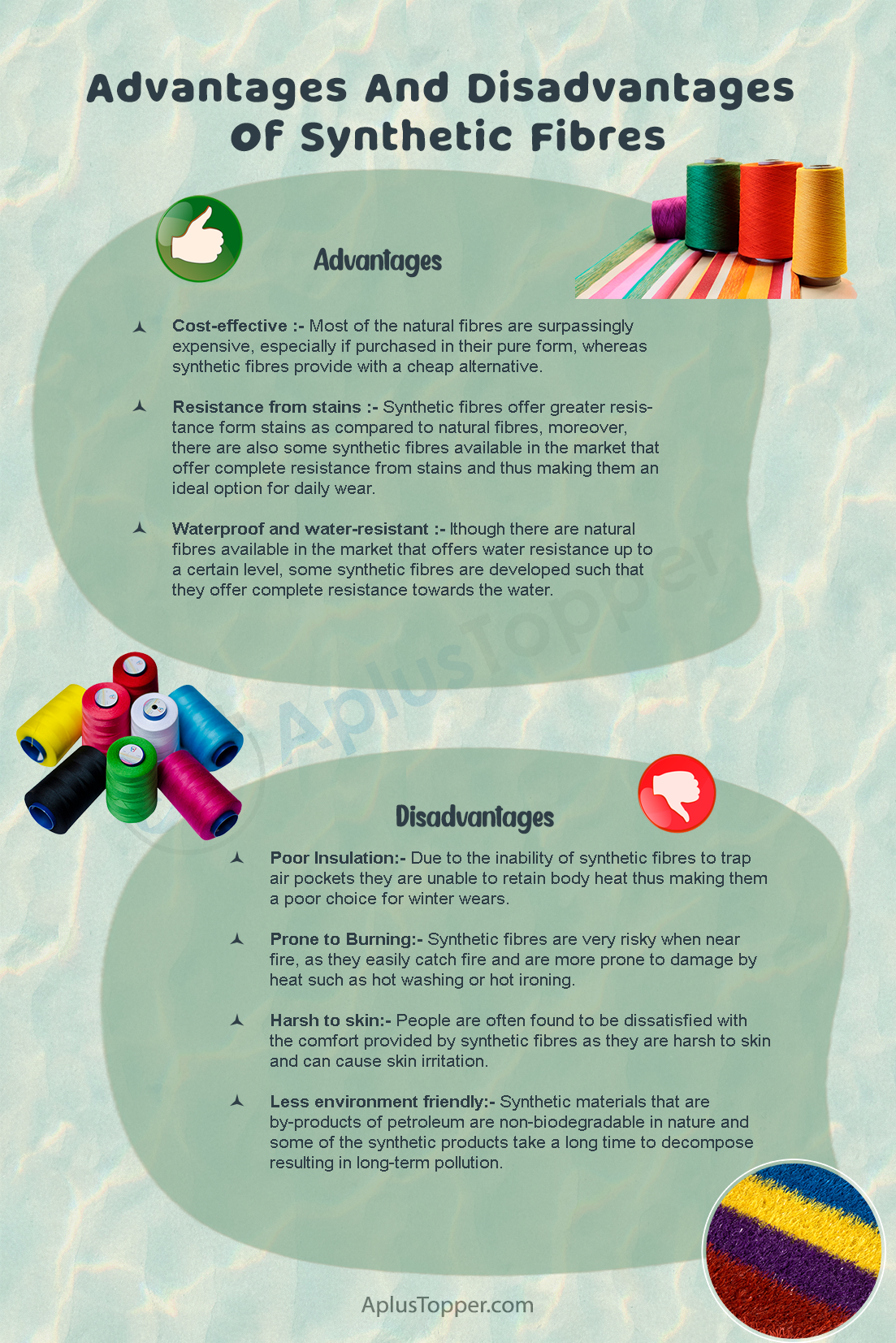 FAQ’s on Advantages And Disadvantages Of Synthetic Fibres

Question 1.
How are synthetic fibres made?

Question 2.
What are the various uses of synthetic fibres?

Answer:
These fibres have a variety of use in the textile industry as well as they are readily used to manufacture ropes, seat belts and to prepare fishing nets. They are also used to make raincoats, ropes, and caps.

Question 3.
What are the various types of synthetic fibres?

Answer:
There are some readily used synthetic fibres that cover the major section of the market like Polyester, Polyolefin, Nylon, and Acrylic.

Question 4.
What are the characteristics of synthetic fibre?

Answer:
These fibres are more durable, offer higher wear and tear resistance, high lustrous property and the most important is that they offer higher storage options as they do get affected by molds, insects, moths, or mildew.