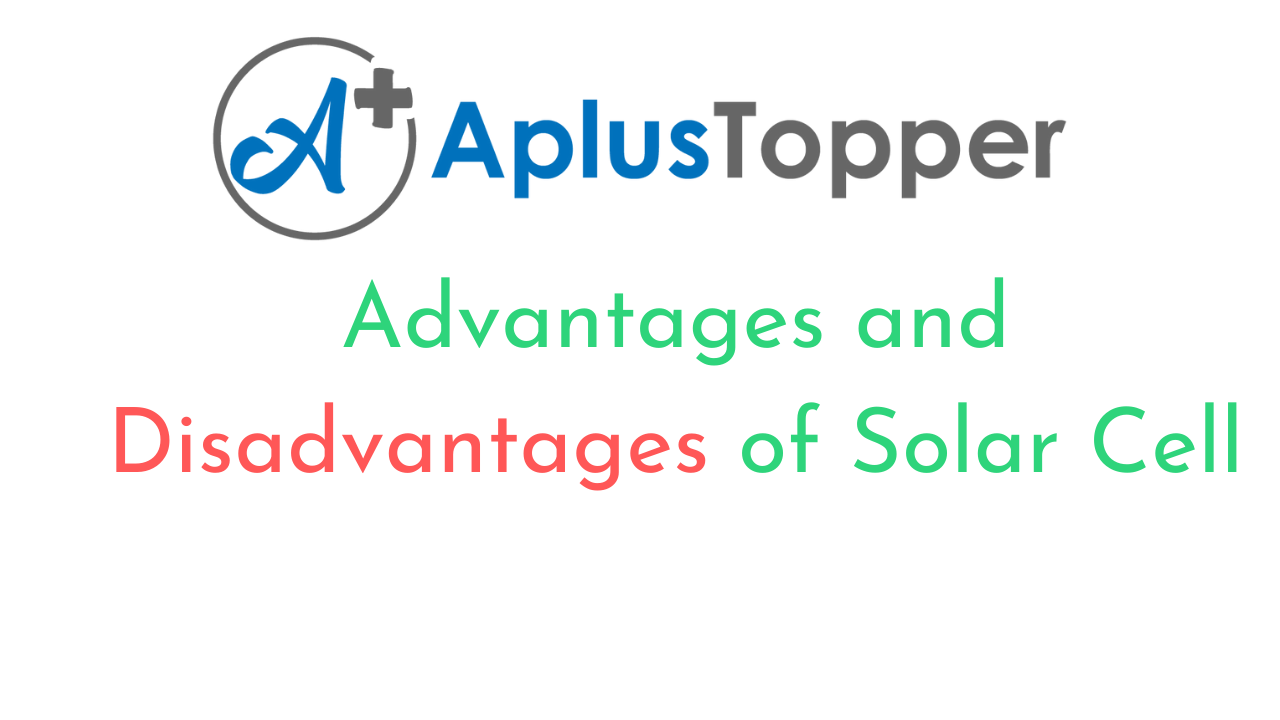 Advantages And Disadvantages Of Solar Cell: In today’s world, demand for energy is quite high in industrial and domestic sectors. Since non-renewable energy sources are being used up rapidly, there is a necessity to use renewable energy sources to the maximum extent possible. With the help of modern technology, it becomes possible to utilize various natural resources like sunlight, wind, water, etc., and convert their energy to other forms of energy that are being used.

Conversion of solar energy to electrical energy is done with the help of solar cells. Sunlight consists of photons that can be converted into electric energy through the photovoltaic effect in solar cells. Solar cells are arranged in arrays or panels which can function as a central power station converting sunlight into electrical energy that can be used for industrial, commercial, and residential purposes. Solar cell panels are best used to provide electricity in areas where conventional power generation is either not possible or quite expensive.

What are Solar Cells? Advantages and Disadvantages of Solar Cell 2022 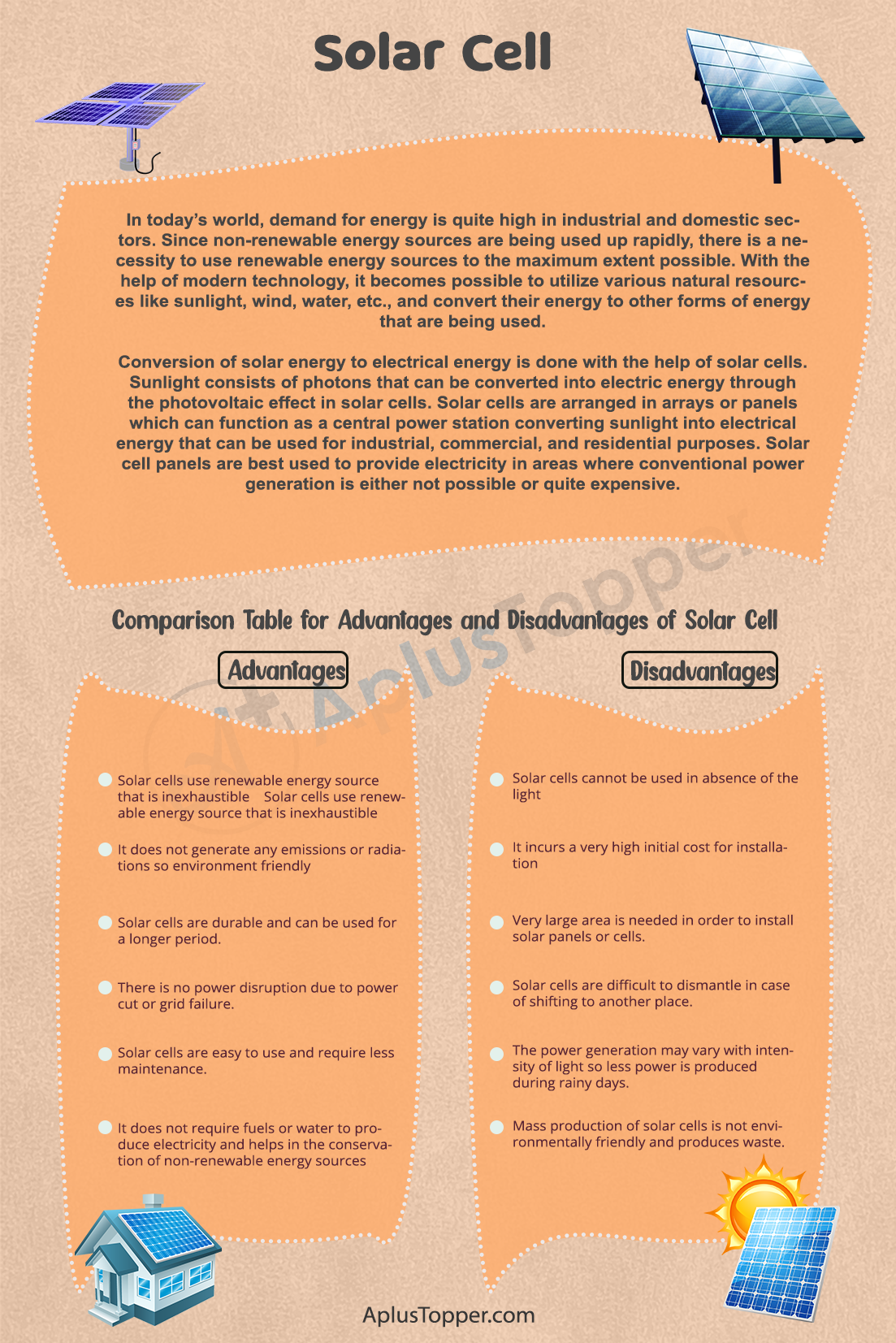 Comparison Table for Advantages and Disadvantages of Solar Cell

FAQ’s on Advantages And Disadvantages Of Solar Cell

Answer:
Solar cells are designed to receive sunlight and generate electric power which is being used extensively in various applications as a substitute for conventional electric power. It is a renewable source of producing energy with also affordable costs and reduces the use of fossil fuels for the generation of electricity.

Question 2.
What is the biggest limitation of solar cells?

Answer:
The biggest limitation of solar cells is that they can perform only in presence of sufficient sunlight.

Question 3.
How can solar cells be used at home?

Answer:
Solar cells can be installed in rooftops and the electricity thus generated can then be used to power the electrical appliances in the home.