Science And Technology Have Made Advanced Society. Today, science and technology have transformed modern society. With smartphones, social media, aeroplanes, computers, and robots—the list goes on—science has progressed to a point where humans can now communicate across borders instantaneously.

Life expectancy has increased dramatically due to improvements in medicine. Some people live well into their 90s! And while some may argue that science and technology are dangerous (nuclear weapons!) or wasting time (taking selfies! watching cat videos!), there’s no denying they’ve allowed us to progress as a species.

They have helped us to explore space, understand our place in nature, keep diseases at bay, and revolutionized health care. They’ve changed how we live—how we travel, how we communicate, how we learn. You’d be hard-pressed to find someone who hasn’t been touched by science or technology in some way during their lifetime. It has even changed who we are as a species—we aren’t just hunter-gatherers anymore. We are thinkers. We are creators. We are innovators. We don’t just survive—we thrive!

Advantages Of Science And Technology

Scientific advancement has led to incredible developments in nearly every facet of our lives, from medicine to transportation. Today we’ll explore both ends of the spectrum. The advantages of science and technology are as follows:-

Disadvantages Of Science And Technology

The core disadvantage to science is that as it’s constantly developing and evolving, so too must we—and evolution never stops. As beneficial as technology can be, it’s also very easy to get stuck in one way of doing things. There are disadvantages also which are as follows:- 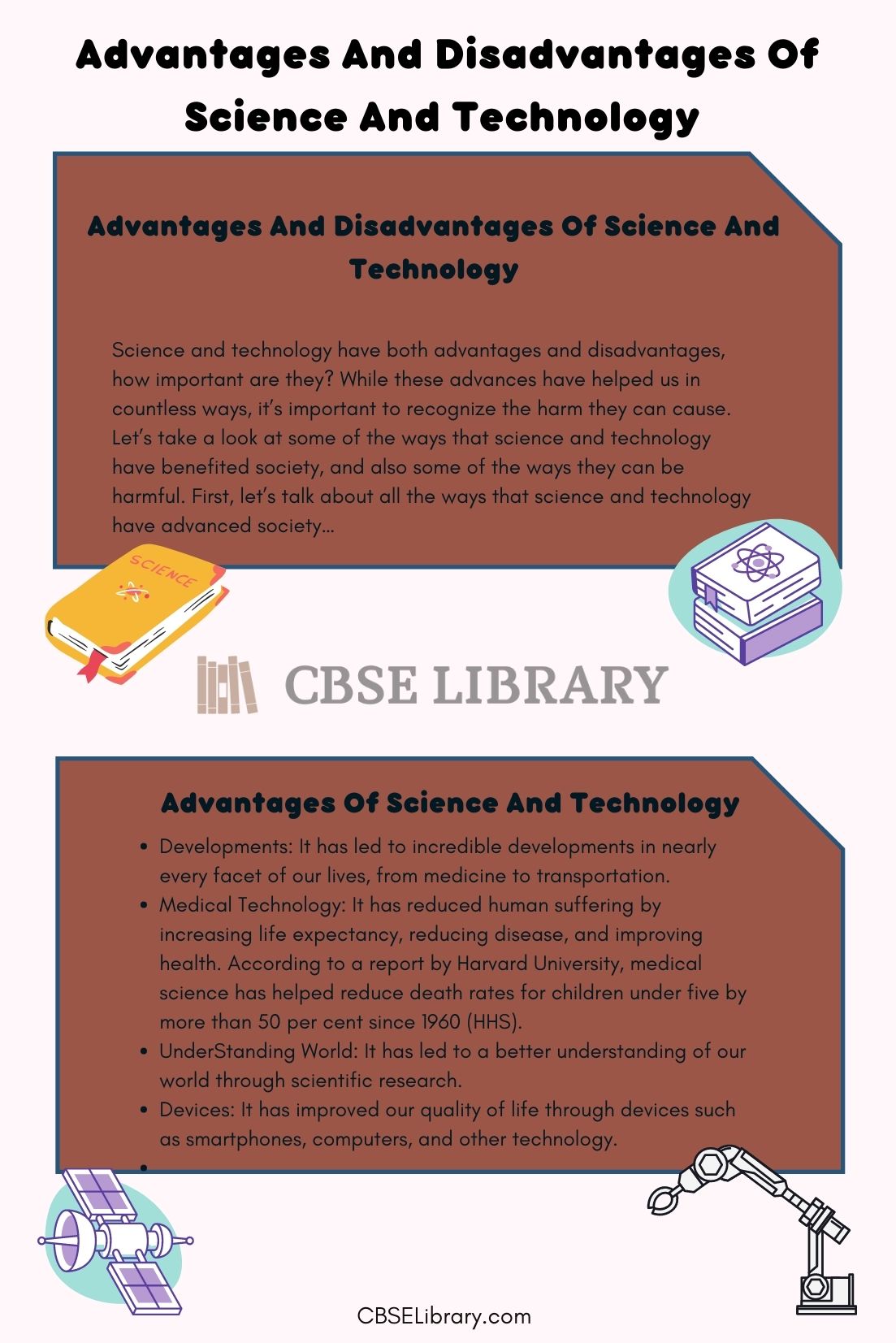 Comparison Table for Advantages and disadvantages of Science and Technology 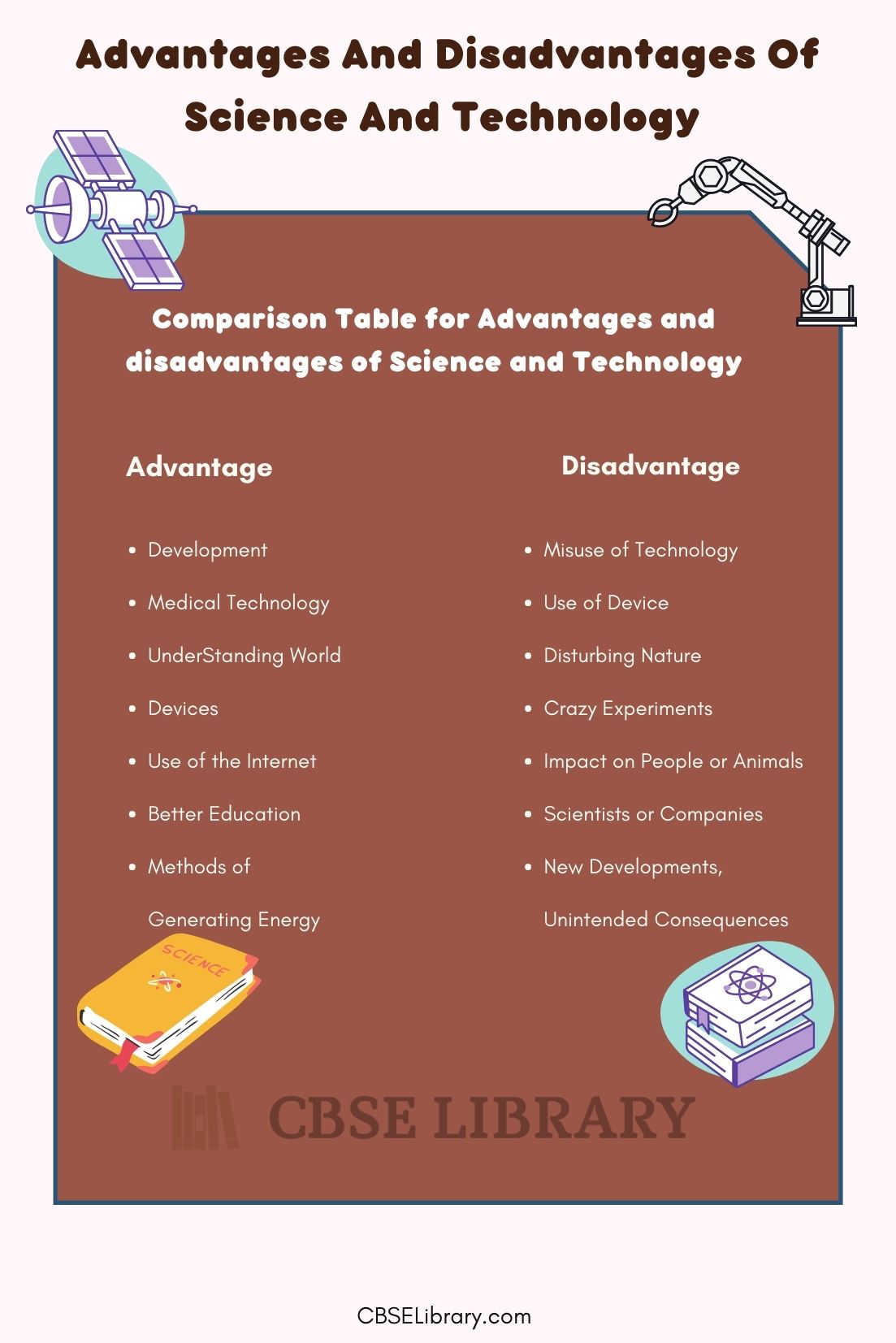 FAQ’s on Advantages And Disadvantages Of Science And Technology

Question 1.
What is science and its technology?

Answer:
Science is a set of systematic methods for acquiring knowledge and understanding of nature.  Technology, on the other hand, refers to any application of science in real life.

Question 2.
What is the role of science and technology in society?

Answer:
Science plays a key role in enriching people’s lives. Not only does it give them answers to basic questions about nature, but also provides technology that improves their day-to-day life.

Question 3.
How science and technology are related?

Answer:
Though science is a systematic method, technology is an application. The two terms are thus related to each other. But it does not mean that both have the same relationship as bread to butter.

Question 4.
What is the main difference between science and technology?

Answer:
While science gives us answers to basic questions about nature, the technology uses scientific knowledge in real life. It is through science that we learn new things about nature, but with technology, humans make use of these observations for enhancing their own lives.