Advantages And Disadvantages Of Removing Uterus: The uterus is the part of a female reproductive system. It is the main important organ where the baby grows. Every month the inner lining of the uterus called the endometrium sheds out and this process is called menstruation. The process of removal of the uterus is called Hysterectomy. After performing the surgery and removing the uterus, the lady becomes incapable of conceiving or menstruating.  In a Hysterectomy, the cervix is most likely to get removed and if required then surrounding organs too depending on the conditions and reasons. The reason for removing the uterus can be anything. It could be some disease or ailment in the uterus, chronic pain and infections.

What is Hysterectomy or Removal of Uterus? Advantages and Disadvantages of Removing Uterus

Removal of the uterus from the body is known as hysterectomy. It is done to eliminate the symptoms caused by medical conditions affecting the uterus. However, if not urgent and important, one should avoid the surgery, as it has high risk chances and side effects. Removing uterus to cut down or avoid any medical complication is one of the most common procedures. However, where on one hand this is considered to be of a high risk, at times it becomes quite necessary under certain medical circumstances. It could be heavy bleeding during the periods, pelvic inflammatory diseases; endometriosis, fibroids, prolapse of uterus or it may be a cancer too. It is a surgical method by which the uterus is removed from the body by the laceration in the lower abdomen. This removal of the uterus can be done by a cut in vagina or by a laparoscopic surgery.

Hysterectomy is of two types-

The Hysterectomy or removing uterus is recommended or chosen, if 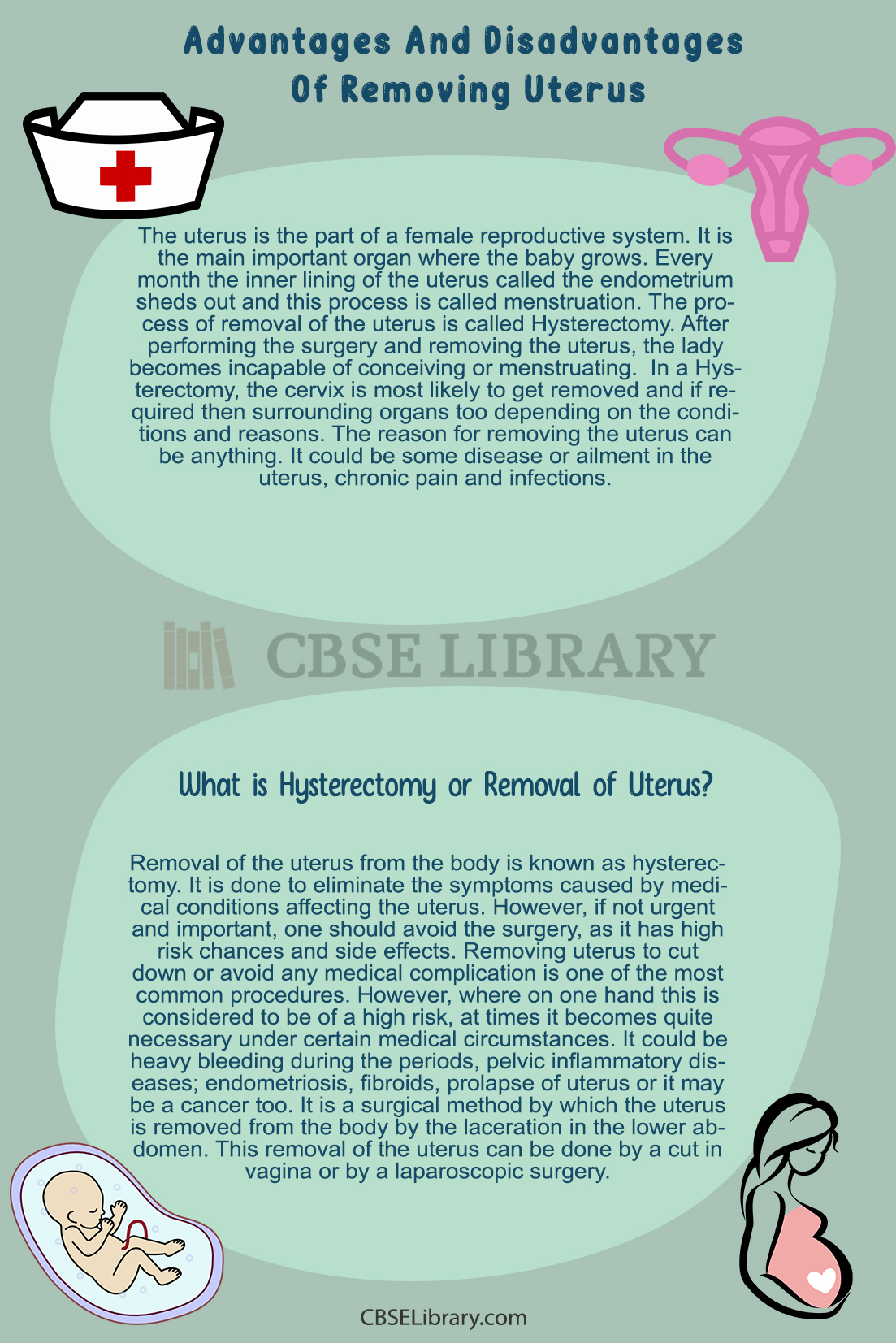 Comparison Table for Advantages And Disadvantages Of Removing Uterus 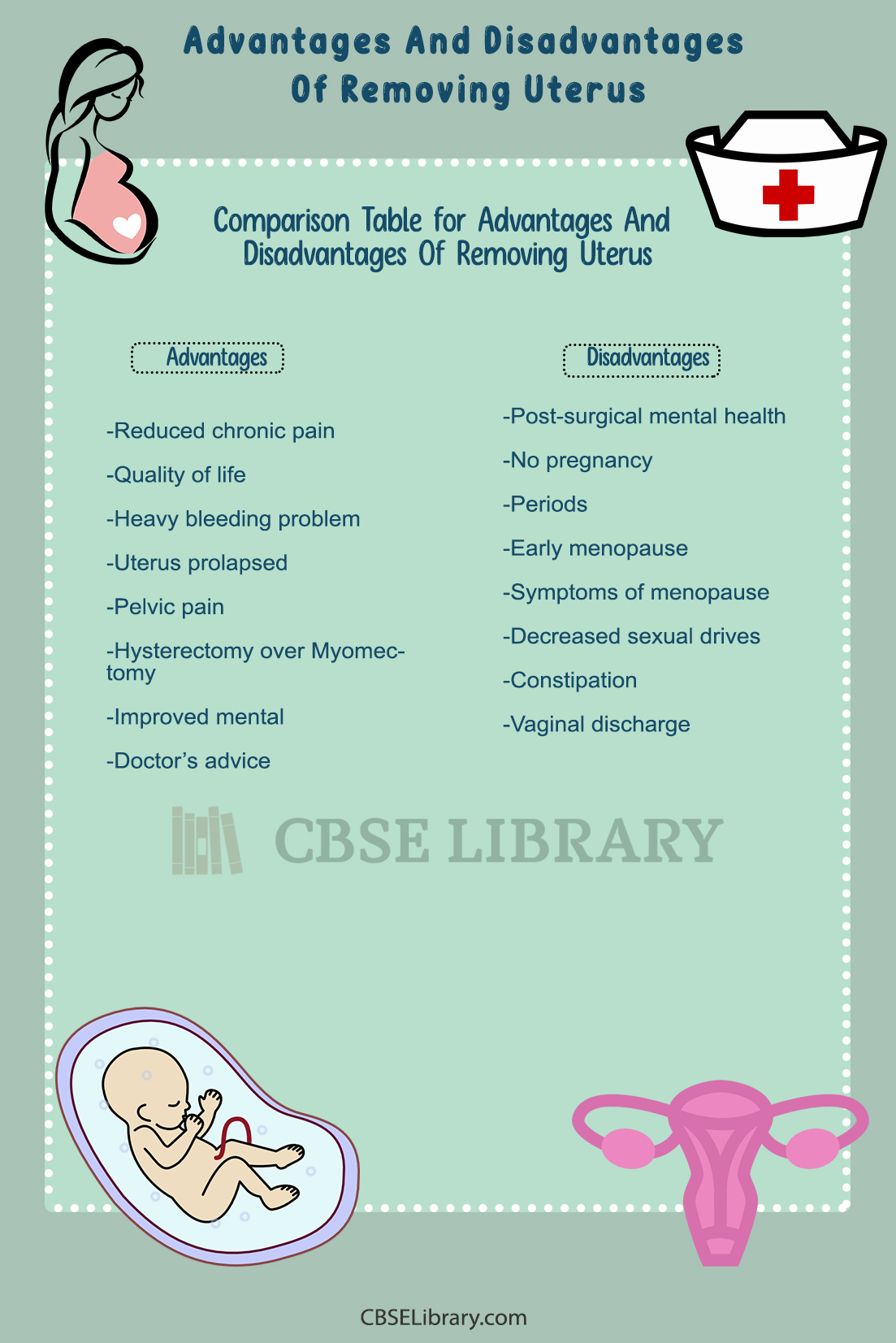 FAQ’s on Advantages And Disadvantages Of Removing Uterus

Question 1.
What organs are expected to be removed in hysterectomy?

Question 2.
How long does the patient need to be in hospital after removing the uterus?

Question 3,
What is more likely to be expected after the surgery?

Answer:
Soon after the surgery, the patient needs to have rest and extra precaution. She should not place anything in vagina during the recovery period. The doctors will themselves advise about when the patient can resume the intercourse.

Question 4.
What are the risk factors after removing the uterus?

Answer:
Every surgery has some ill-effects at its back, there are a few risk factors of removing uterus like- bleeding, injuries, disturbance to the sided organs, itching in urination, blood clots formation.