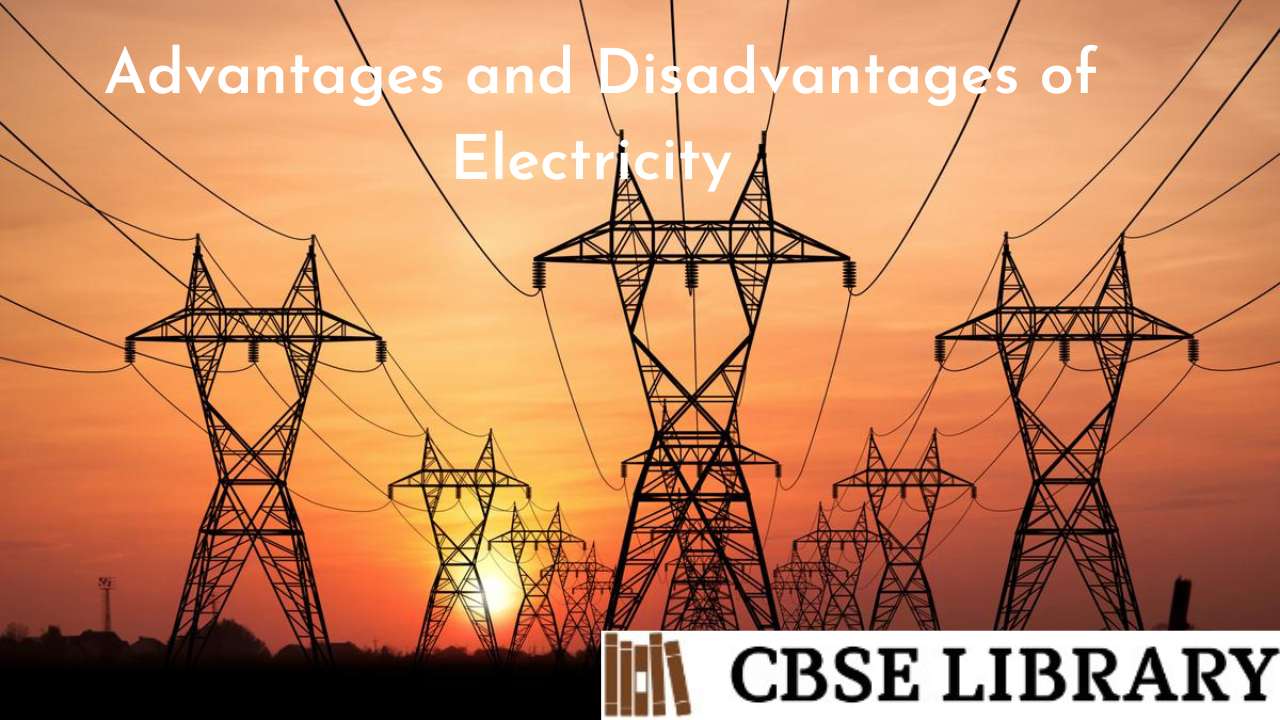 Advantages and Disadvantages of Electricity: Electricity is secondary energy converted from other primary sources of energy such as coal, natural gases, oil, nuclear power, and so on. It is a type of power or energy that we use in our daily life to make heat, light, and power to use different kinds of machines, etc. Electricity is mainly generated by three sources which are fossil fuels (coal, natural gas, and petroleum), nuclear energy, and renewable sources of energy. However, nuclear power is the major factor in electricity production which is 1.5 to 2 times more than natural gas and coal units, and 2.5 to 3.5 times more reliable than wind and solar plants.

Electricity is defined as the power of an electric charge and mention a few examples of electricity are lightning, the force that lights the bulb, the heat that helps in cooking, etc. In simple words, electricity is nothing but a form of energy that could be generated from many sources and in several ways which provides power to different devices to heat and create light, etc.

Humans have known about the presence of electricity since ancient times but how to harness it was only made more clear after the experiments done by Benjamin Franklin and Michael Faraday using magnets and copper wire coils. So it is important to understand the importance of electricity which is mentioned below:

Comparison Table for Advantages and Disadvantages of Electricity

FAQ’s on Advantages and Disadvantages of Electricity

Answer:
Benjamin Franklin is given recognition for finding electricity. In the year 1752, Benjamin Franklin performed an experiment using a kite and key on a rainy day. He desired to show the connection between lightning and electricity. So to do so he flew the kite knotted with a key during the thunderstorm.

Question 2.
What is the significance of electricity in our everyday life?

Answer:
Electricity has numerous uses in our day to day life. Electricity is utilized for lighting rooms, operating fans, and home devices like utilizing electric stoves, A/C, and more. All these provide comfort to people. In plants, immense machines are operated with the help of electricity.

Question 3.
What are the 7 sources of electricity?

Question 4.
Sources of electricity in India?

Answer:
Over 80% of India’s power needs are fulfilled by three fuels: coal, oil, and solid biomass. Coal has underpinned the development of electricity generation and industry, and stays the most considerable single fuel in the power mix.